Pioneering tech that taps into the geothermals beneath Cornwall to extract lithium in a really low impact way could transform EV battery supply chains. Anna Turns speaks to Lucy Crane, a geologist at Cornish Lithium, to find out more.

At the south-western tip of the UK, Cornwall is known for its rich mining heritage. Copper was mined here until the 1850s, then tin until about 50 years ago, and even today kaolin is extracted from china clay pits and used to make ceramics and paper, amongst other things. Traditionally, mining has been associated with dirty, polluting processes and unethical labour, but a new, modern mining industry is now evolving once again in this county.

Deep below the surface of the rugged Cornish landscape and coastline lie vast geothermal reservoirs amongst the mass of lithium-rich granite rock. A company called Cornish Lithium is exploring the potential of these circulating hot geothermal waters, following 3D modelling of the geology of Cornwall to identify the best areas for future lithium extraction. The team is developing ways to drill boreholes up to two kilometres down into the ground, pump the circulating fluids up to the surface and then extract lithium from the water at a plant, whilst using the geothermal heat energy too. This results in much lower greenhouse gas emissions compared to traditional mining methods and the water is returned to the geothermals below once some of the lithium has been extracted for use in mobile phones, laptops and electric car batteries. 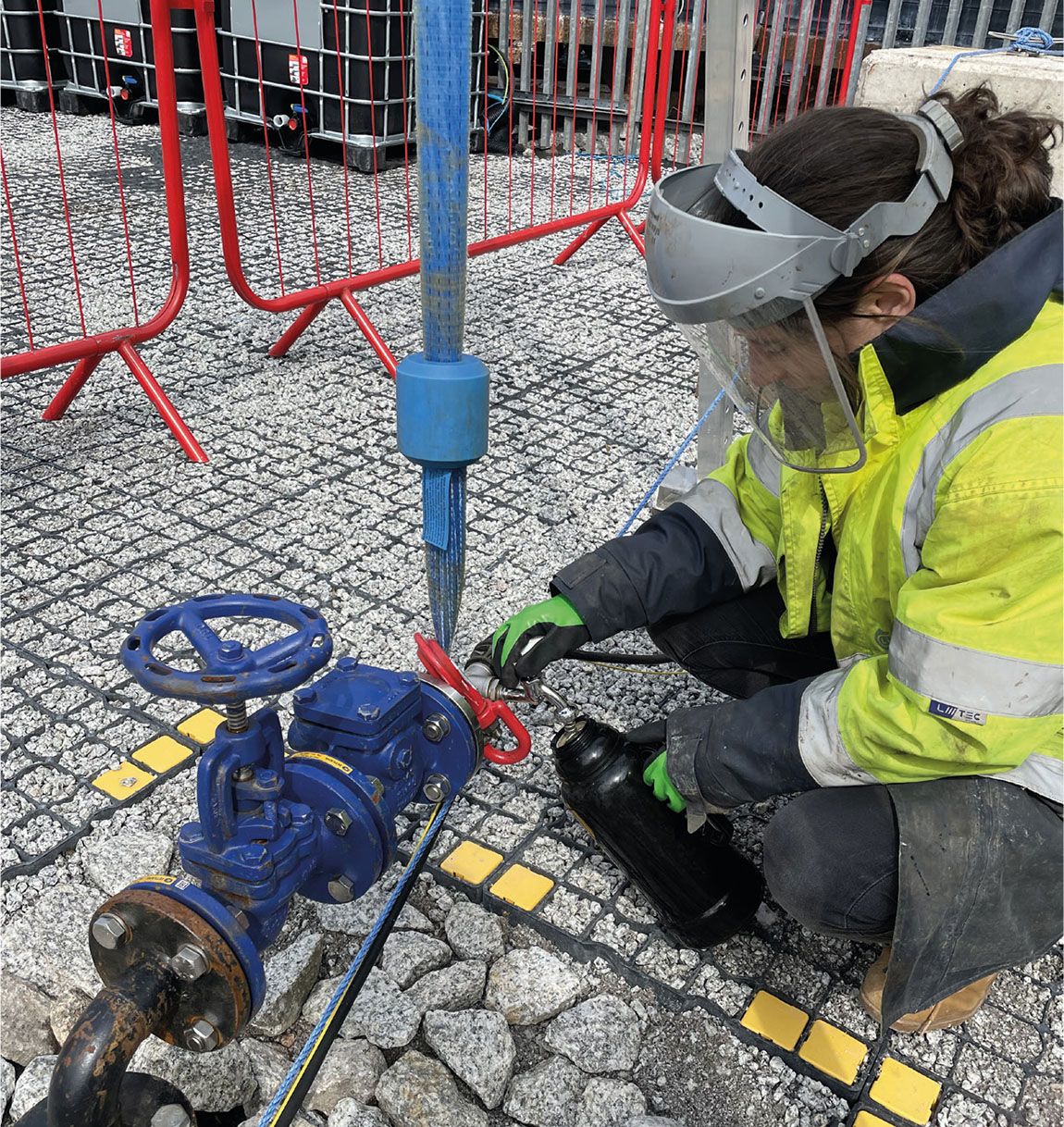 Hopefully, a thriving new lithium mining industry could spark more localised battery production that results in a more energy-efficient and transparent supply chain in the future. With the rapid transition to low-carbon technologies and more widespread electric transport, demand for sustainably-sourced lithium batteries is predicted to skyrocket. According to the World Bank, global production of lithium will rise by 965 per cent by 2050, compared to 2017 production levels. Lithium-rich geothermal waters are also found in Germany, France and the US, where similar explorations are taking place.

More streamlined supply chains are key to a more sustainable, circular economy, for both environmental and economic reasons, as Lucy Crane, a geologist who works for Cornish Lithium, explains. “Car manufacturers seem to be looking all the way up the supply chain now. They’re starting to think about making their supply chains more resilient, and especially following the semi-conductor crisis over the past couple of years, [it’s clear that] there’s a geopolitical risk associated with supply chains. If some [raw materials] can come from closer to home, then that makes it more appealing.” New blockchain technologies are being introduced to verify the sourcing of raw materials throughout supply chains too, something Crane is excited to see: “In the mining industry, there’s a big move towards traceability and accountability of supply chains.”

“We’re so lucky here in the South West because we’ve got so much amazing natural capital and the potential to produce some of the critical materials that will enable that electric transition,” adds Crane, who says that the ‘sweet spot’ for lithium extraction is between one to two kilometres underground. “I’m really excited about the potential of having an electric car industry in the UK and if we can responsibly produce lithium and get that made into batteries here in the UK, that will transform the carbon cost of the supply chain. This is a fantastic opportunity for Cornwall.” 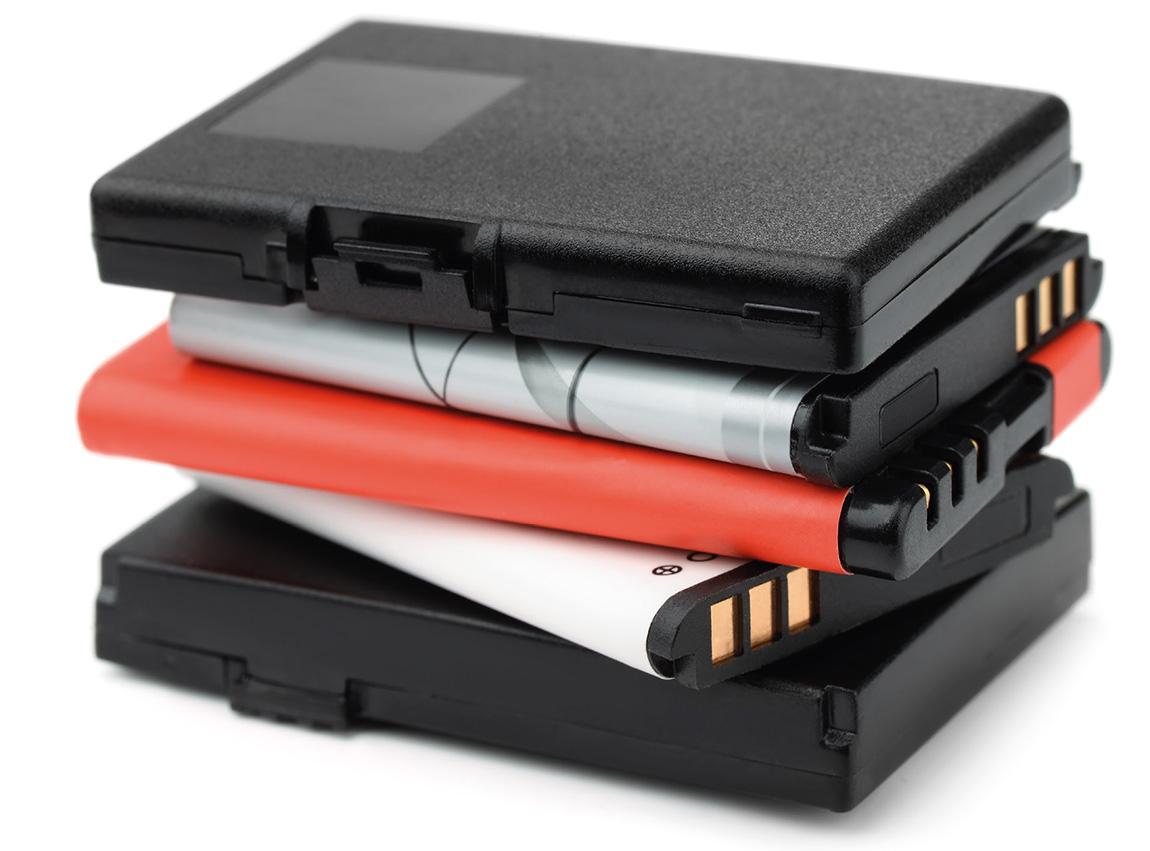 Benchmark Mineral Intelligence has seen demand for lithium nearly double from 2020 to 2022, to over 600,000 tonnes of lithium carbonate equivalent (LCE) this year, and this demand is expected to exceed 2,000,000 tonnes by 2030.

Heat and lithium from one borehole

When she joined the company in 2017, Crane was the first technical employee in a team of 12. Now Cornish Lithium employs more than 50 people with another ten at Geocubed, a subsidiary company set up to run a hi-tech pilot lithium extraction facility at a site called United Downs. A few miles down the road, another research borehole has been drilled down to 1.6 kilometres at Twelveheads, where experts are recovering rock core for analysis, plus establishing temperatures and lithium content of the geothermal water samples that are being transported to the surface using an electric pump.

As the ESG and sustainability manager, Crane’s role is to oversee the wider environmental and ethical impacts of this emerging mining industry. To maximise on resource efficiency, Cornish Lithium is looking at the possibility of partnering with big businesses and agricultural industries that need a substantial low-carbon heat supply – the hope is to supply them with geothermal heat, a significant by-product of lithium extraction. Currently, Crane’s team is carrying out a feasibility study and doing a full environmental impact assessment, which, she says, is about being ethically responsible as much as environmentally-conscious. “We’re taking that bigger picture view and we hope to one day help upskill local communities through apprenticeships, but we’re also doing some quite high-level life cycle assessments – although we think there should be benefits to us producing things locally, but we want to actually quantify that.” 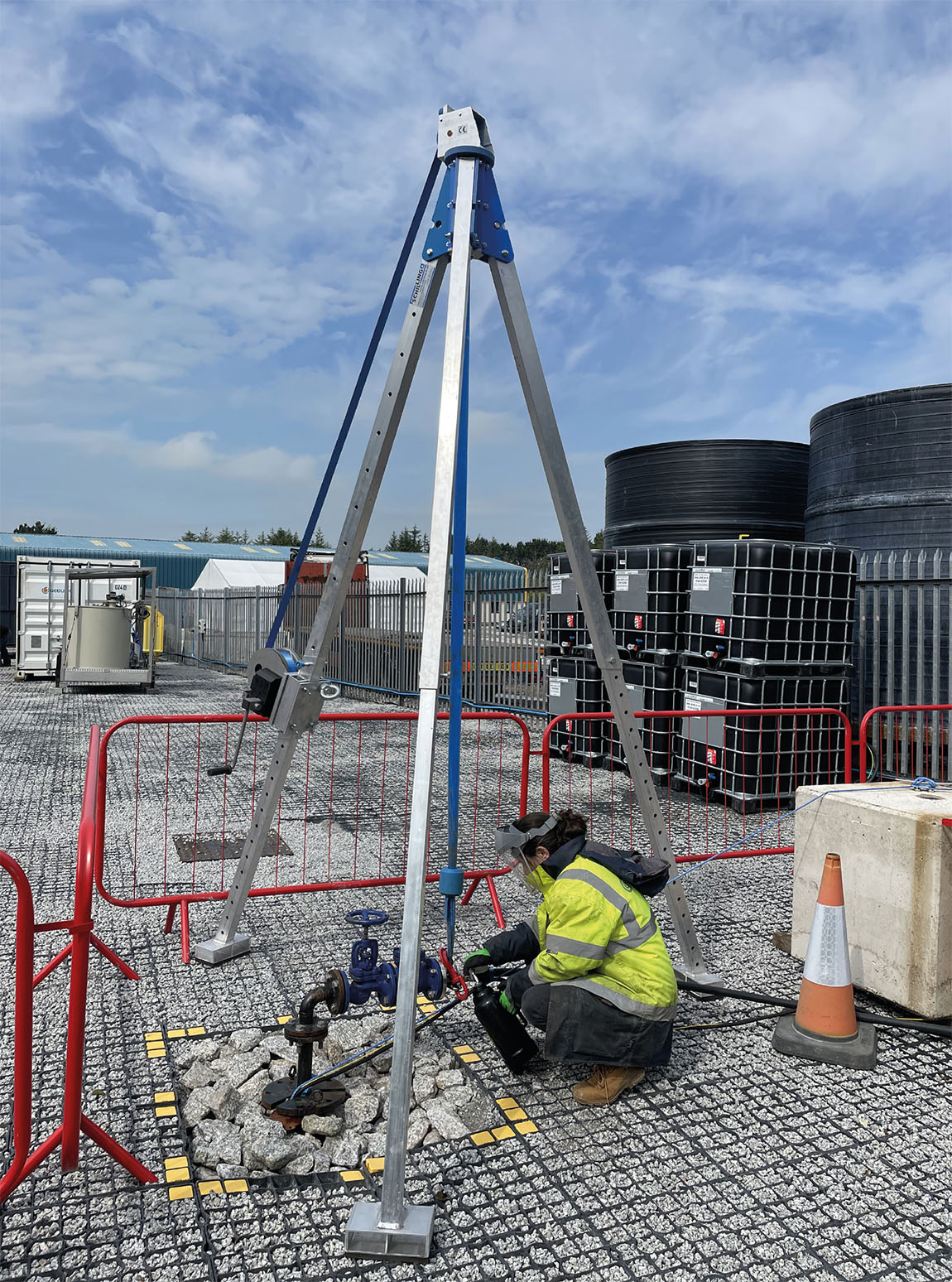 Lithium was first discovered in Cornwall in 1864 when saline water from United Mines was analysed by the Professor of Chemistry at King’s College London.

Just one piece of the puzzle

By 2026, Cornish Lithium aims to be doing demonstration-scale production, and possibly commercial scale production by then too. “It’s a race to meet the high demand for lithium and other battery metals. The worry is that if these projects can’t get into production fast enough, that will hamper that EV growth,” comments Crane, who explains that the 2030 ban of all new combustion engine vehicles in the UK is already acting as a huge catalyst in the transition to low-carbon transport. And as production of EV batteries scales up, so too does the impetus to keep the relative cost of raw materials down as much as possible. But Cornish Lithium is just one piece of the jigsaw puzzle. 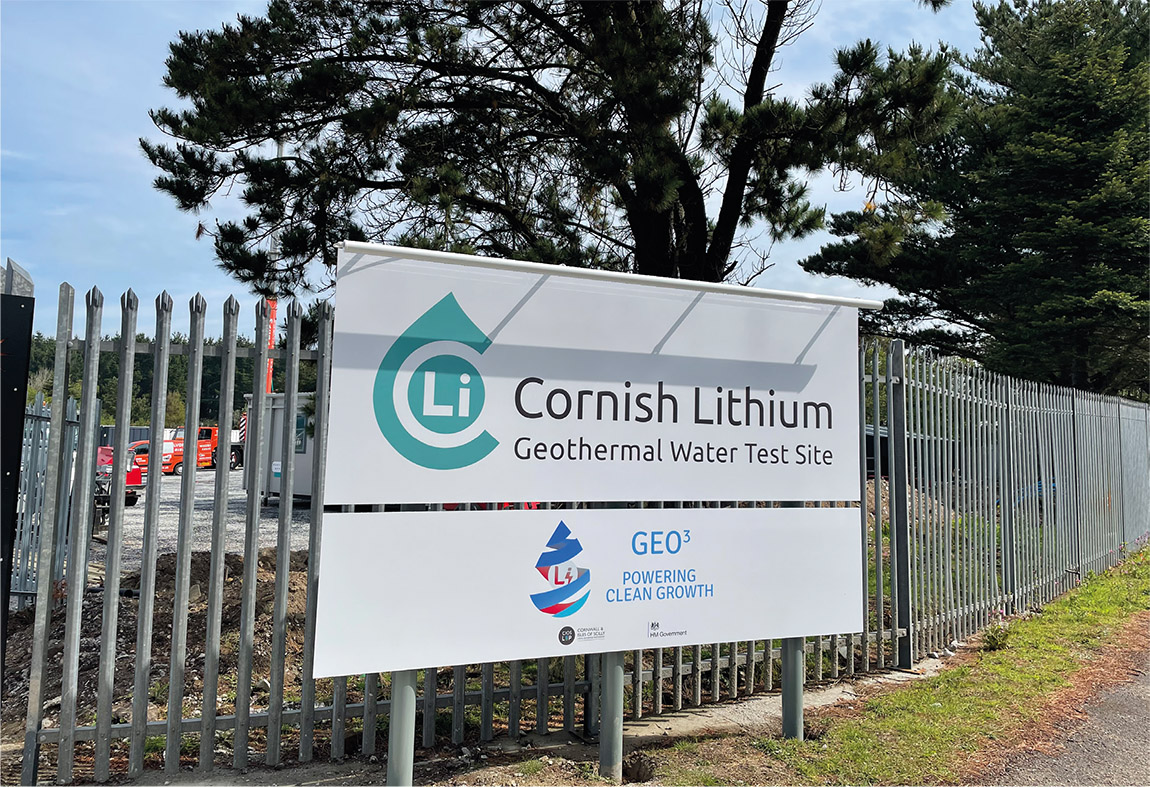 “In the UK, we have the potential to produce lithium here. Some battery mega-factories are being built, which is great, but the missing link hinges on whether we can refine any raw materials that we mine into battery-quality chemicals here rather than shipping them off. Then, once we have them, they need to be made into cathodes before they can be made into the battery,” she says. “So there’s a whole upstream process which people are only just starting to get their heads around.” 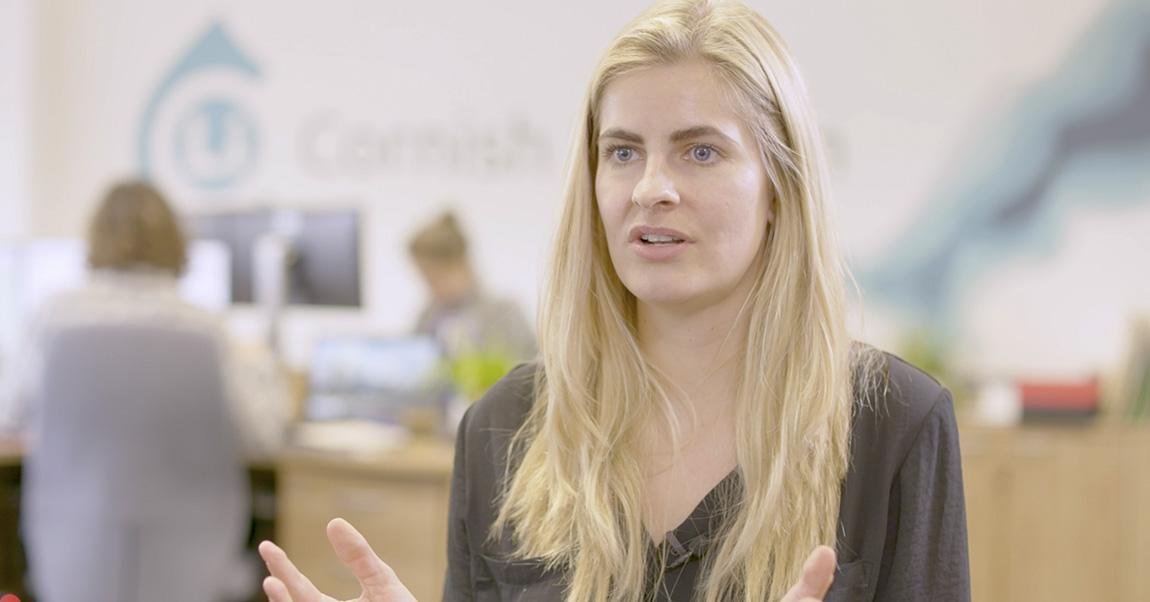 “A lot of people might be surprised to hear that I care about the environment and work in the mining industry, but to combat the climate crisis, we need low-carbon technologies, so we’ll need to mine more raw materials than we ever had done in the past,” adds Crane. “I want to be part of the solution and that starts with thinking much more carefully about the supply chains that produce the stuff that we own and the energy that we use.” 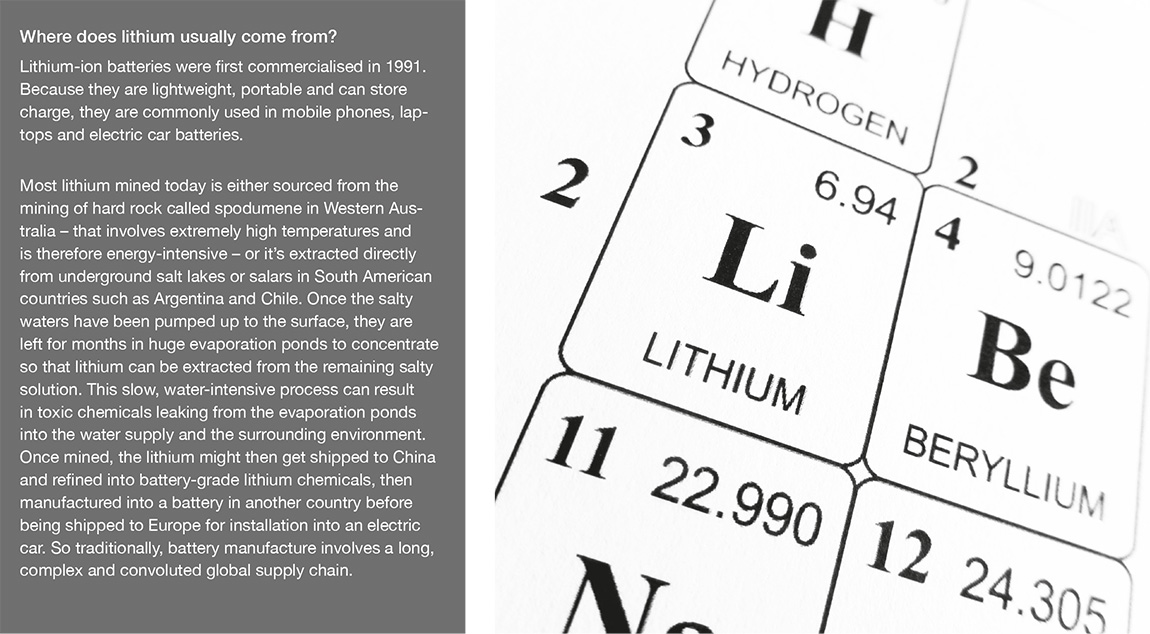 Lithium, known as Li in the periodic table, is the lightest metal, very reactive and abundant in the earth’s crust.