Chris Smith, the CEO of TSP Ventures, an early-stage environmental technology venture capital (VC) firm, calls on other VCs to step up in the battle against climate change.

From around 2010-2014 I was lucky enough to be given responsibility for running a business in Brazil. Brazil is a large and vibrant country with lovely, friendly people. The population is of indigenous, Mediterranean and African descent and they have fused into a true multi-culture that is lively, colourful and collectively has a full-on zest for life. I made many friends and much enjoyed this part of my life.

My flight carried me over the Amazon and seeing the areas cleared for cattle and soy-beans and the large number of fires that were burning would sadden me. Regrettably, and because illegal gold mining has also become rife, it has since gotten much, much worse. The same is happening in Asia with palm oil plantations.

Brazil and other ‘emerging’ countries understandably feel that they should be allowed to develop their natural resources as they see fit. Hopefully, corruption aside, they then use the money generated by these resources to pull more people out of poverty and develop the large and reasonably affluent middle class that other countries enjoy.

In the UK it has been reported that we are a country with some of the very highest rates of habitat and biodiversity destruction anywhere in the world, and we have contributed three to five per cent of the emissions of GHGs now in the atmosphere. Therefore, for us to lecture other economies on their behaviours and emissions is both cowardly and crass. Instead, we should strive to be world leaders in the reduction, remediation, repair and adaptation of technologies that will slow, stop and eventually reverse humanity’s impact on the climate, the environment and biodiversity . This is where venture capital has a significant part to play.

The UK has a talented and successful VC community that has helped multiple companies start up, grow and thrive. More VCs are entering the environmental space, but it’s patchy and focused predominantly on the wrong things (if I see another app that monitors my carbon footprint, I will scream). Instead, we should be backing the deep-science projects that have the potential to make new fuels, store energy, capture carbon, re-purpose waste, reduce pollution and protect biodiversity . This would include technologies that grow animal feed more cheaply than in the Amazon, and that can recover gold from waste and mine it in more clean and cost-effective ways.

I am proud to be a holder of the Queen’s Commission and, when an active soldier, I was lucky enough to spend some time in the jungles of the world. I remember a particularly tough march that I had to do up a steep muddy mountain in Brunei to the border with Sarawak. We started when it was still dark and couldn’t see a thing, but along the ridge line the canopy was thinner and there was a little light. It was very tough; slipping, sliding and sweating, but as dawn broke we hit the summit and were greeted by the most spectacular views over miles and miles of virgin rainforest. The exotic birds were calling and we could hear the unmistakable sound of gibbons ‘whooping’. The trees were transpiring so that little pockets of cloud and mist hung over the forest. It was 1983 and it was so beautiful that this then 23-year-old was deeply moved. I believe that a lot of that view has now been lost to palm oil plantations. 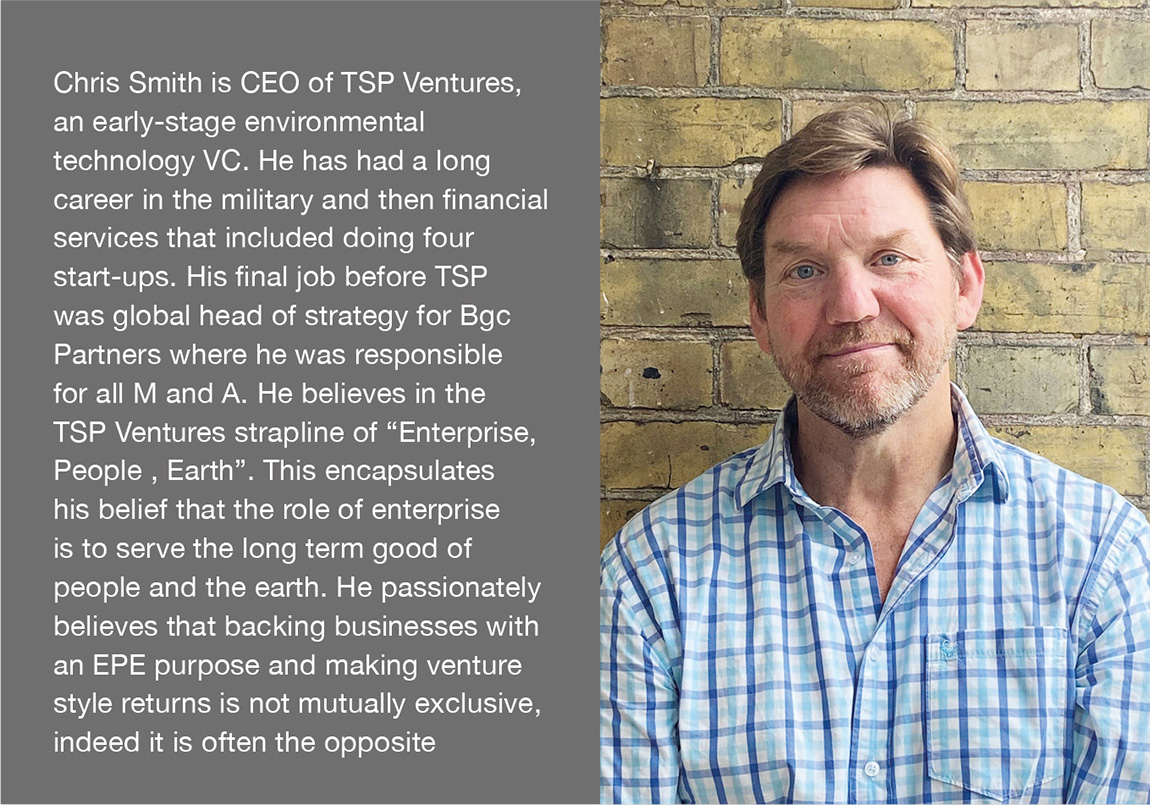