With 25 new AD plants and a unique carbon capture and storage (CCS) system; by 2025, British Future Biogas will not just produce biogas but actively remove CO2 from the atmosphere. Discover Cleantech talks to CEO and founder Philipp Lukas about his expectations for the biogas market and how the new CCS strategy might change it.

With the recent gas crisis and a reported 800 per cent increase in the demand for biomethane, the biogas industry in the UK may be facing a new and promising era. At Future Biogas, one of the nation’s largest producers of biomethane, Lukas is not just prepared, but excited for the opportunities of an unsubsidised biogas market.

“There is a great market. All the big gas suppliers are looking to offer unsubsidised green gas to their corporate customers, and this means everybody is trying to build acquisition capacity,” he says, adding: “We think there is an opportunity to produce the green gas, and then add on carbon capture and sequestration. It will produce a more valuable output because suddenly we will be in the market of negative carbon certificates currently trading at £500 to £800 per tonne of CO2 permanently stored. No doubt this price will reduce over the next decade.”

The CCS strategy is just the latest step in a successful decade for Future Biogas. Since its foundation in 2008, the company has built 11 full biogas plants and is, today, operating nine gas-to-grid plants supplying around 420 GWh (gigawatt hours) of biomethane to the UK gas grid (as well as one major electrical plant). 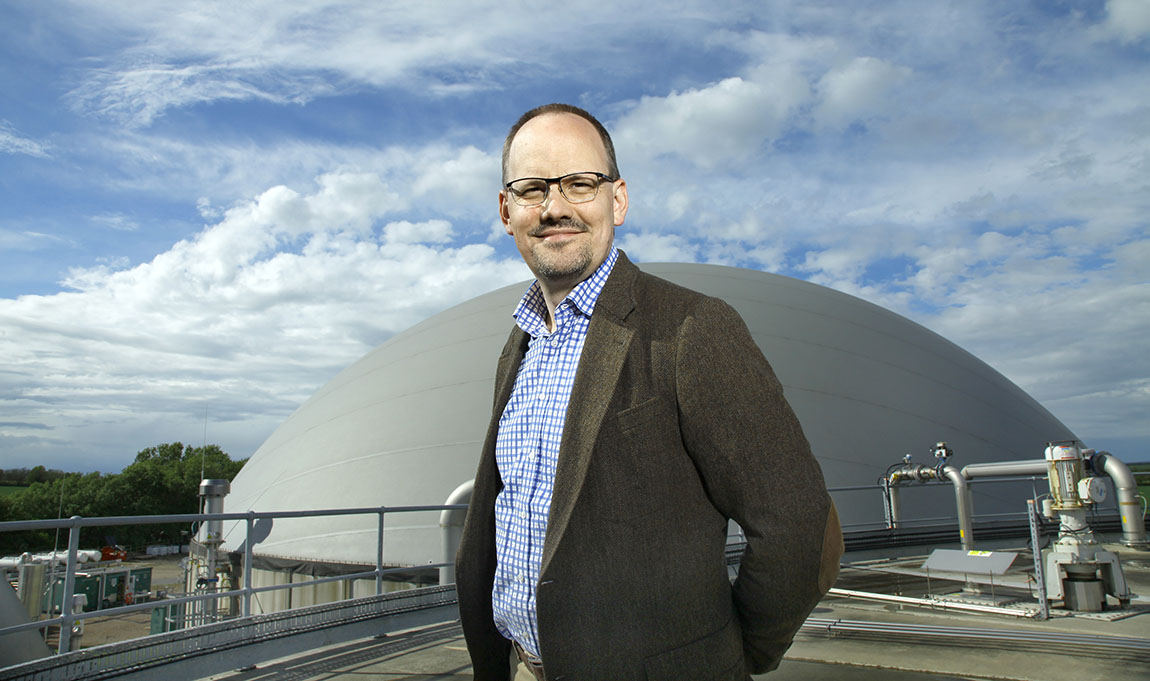 According to Philipp Lukas, the founder of the leading British biogas producer Future Biogas, the market for unsubsidised biomethane and CCS will see a massive growth in the coming years.

A growing demand for unsubsidised biogas

The UK’s heavy reliance on gas for heating meant it was severely impacted by the recent gas crisis. A by-product of the all of a sudden, all too obvious risk of relying on non-domestic fossil gas, was an increased attention on the potential of the national biogas sector. However, the gas crisis was just one of many developments to have contributed to an increase in demand. In the spring of 2020, CNG Fuels reported an 800 per cent increase in the demand for biomethane as large companies eyed the opportunity of getting closer to net zero through the low-carbon alternative for heavy goods vehicles.

“The last 18 months have seen the market develop significantly. More and more corporations have net zero targets and are saying – how do I achieve it? I’ve done it with electricity, now I want to do the same for gas,” explains Lukas. “This means corporations are starting to look for genuine biogas produced without the aid of subsidies. That’s a market that’s developing very fast.”

Luckily, thanks to the structure of the UK’s agricultural sector, the nation’s biogas market is well-prepared to scale up production. Unlike other markets, where smaller agricultural productions, regulations on feedstock, and incentive schemes have created a strong or exclusive focus on smaller and/or waste-based biogas plants, the UK’s approximately 600 plants include 100 large gas-to-grid plants and a greater usage of energy crops.

According to Lukas this is fortunate because even if all waste should go to AD plants, as is to be the case in the UK by 2030, the expansions in production capacity needed could not possibly be created by waste alone. “In the future, we will see the market go towards energy crops, the agricultural potential is just so much bigger. I think we can direct all food waste, and we definitely should, (though, ultimately, what we need is to reduce food waste, not just send it to AD plants), but it is not going to touch the European gas use, even post the expected reduction,” stresses Lukas.

Future Biogas’ 25 new plants expected to be commissioned between 2024 and 2028, are, however, not just to meet the increasing demand for unsubsidised biomethane. Having signed an MoU with Northern Lights, the world’s first cross-border, open-source CO2 transport and storage facility, Future Biogas also expects to initiate a brand-new CCS strategy by 2025. “Today, people are paying £60 to £90 per MWH (megawatt) for unsubsidised biomethane. We are targeting around the lower end of that, and we are targeting doing it in conjunction with sequestration,” explains Lukas. “So, through AD you have a method for increasing the carbon you bring back into the soil by diversifying the rotation on farms, applying digestate fertiliser and minimising tillage. You then turn the produced biomass into green gas, and then you sequester and liquify the CO2 that, today, you have as a by-product, an off-gas stream, from biomethane production.”

In normal biomethane production, the carbon off-stream is simply vented off. As it is short-cycled CO2 sequestered by the plants grown to produce the biomass, this does not increase atmospheric CO2, meaning that the biogas is still carbon neutral. However, through the new biogas plants and the use of a CO2 recovery bolt-on system on existing plants, Future Biogas plans to recover approximately 200,000 tonnes of that CO2 annually. The CO2 will be liquefied and permanently stored under the North Sea in Norway. In this way it will create a reduction in atmospheric CO2 and consequently offer a way for companies to directly offset carbon emissions.

The construction of the Northern Lights storage facility will be finished in 2024.

Carbon taxes instead of subsidies

The proven efficiency of the UK biogas sector, the increasing demand, and the promising potential of bio-CCS seem to signal the beginning of a new era for biogas. This means, Lukas believes, that different incentives are now needed to create a more efficient, open and level marketplace.

“Subsidies are a brilliant tool when creating a market, and with AD, there has been a whole raft of research and engagement in making AD plants and the whole industry better. It is great up to a point, but we are not going to make the energy transition if it is all supplied by subsidies, not while also subsidising fossil fuels in the many ways we do.”

However, though he believes the biogas sector will thrive in an open market, he does have one important caveat. “The alternatives to biogas and biomethane are still too cheap because there is no real premium for the carbon you are emitting. At the moment, we are living in a world without carbon tax, so we have had to go down the route of subsidies. But if you properly price carbon, I am not saying that it is easy, but then, all of sudden, all renewables, or at least many more, have a chance of competing.” 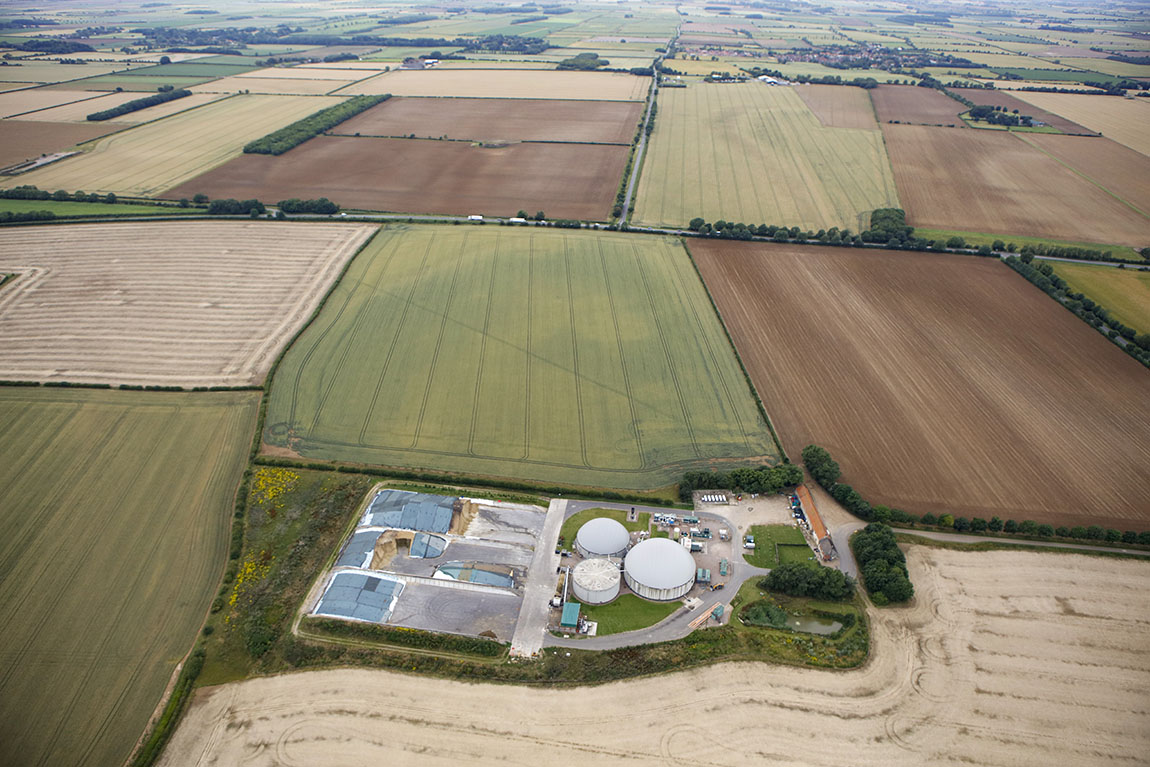 Facts: Future Biogas was founded in 2008. Today the company is one of the UK’s biggest biomethane producers, producing enough energy for over 40.000 homes. By 2028, the company plans to build and commission 25 new biogas plants for biomethane production. The plants will become part of the company’s new CCS strategy. Future Biogas also intends to add Pentair CO2 Recovery Bolt-On systems to an additional 20 existing plants. In total, the strategy is to sequester 200,000 tonnes of CO2 annually, which will be sold as negative carbon credits alongside the unsubsidised carbon neutral biogas. Web: www.futurebiogas.com