Investing in the Cleantech Sector

The climate crisis is calling for a whole range of cleantech solutions. Many of these also create opportunities for investors to help support the transition and bolster their portfolio. Mike Scott, a specialist in the business aspect of sustainability, takes a look at sectors to invest in.

It can be hard to remember in the face of all the news about the Covid-19 pandemic and the war in Ukraine, but the world is in the throes of an energy transition.

This transition is happening because we are in a climate crisis – but that crisis creates opportunities to invest in climate solutions across virtually all parts of the economy.

The most obvious of these is renewable energy, where technologies such as solar panels and wind turbines – both onshore and offshore – have become commonplace and in a wide capacity are being installed all around the world.

Indeed, targets in many countries, particularly in Europe, are being strengthened in light of the Ukraine conflict and a newly-urgent desire to move away from reliance on Russian oil and gas, which is boosting the prospects of providers of renewable energy technologies wind and solar.

Offshore wind has developed enormously over the past decade, with costs having fallen rapidly as turbines grew in size, power and efficiency.

An industry that was focused almost entirely on the North Sea has started to spread into new markets – in 2021, more than 80% of new offshore wind capacity was installed in China, making it, at a stroke, the largest offshore wind market in the world, overtaking the UK and Germany. Other markets such as South Korea and Australia are also starting to take off.

One market that has been notable in its absence until now has been the US. This is in part because of political opposition and in part because around 60% of the US’ offshore wind potential is in waters too deep for turbines to be fixed to the seafloor.

However, the US market is about to take off, with a more friendly policy regime and the imminent roll-out of new floating turbines that can be deployed in deeper waters.

Although there remains a huge amount to do, the renewables revolution is well under way. The next areas of focus in decarbonisation are transportation and heating/cooling. 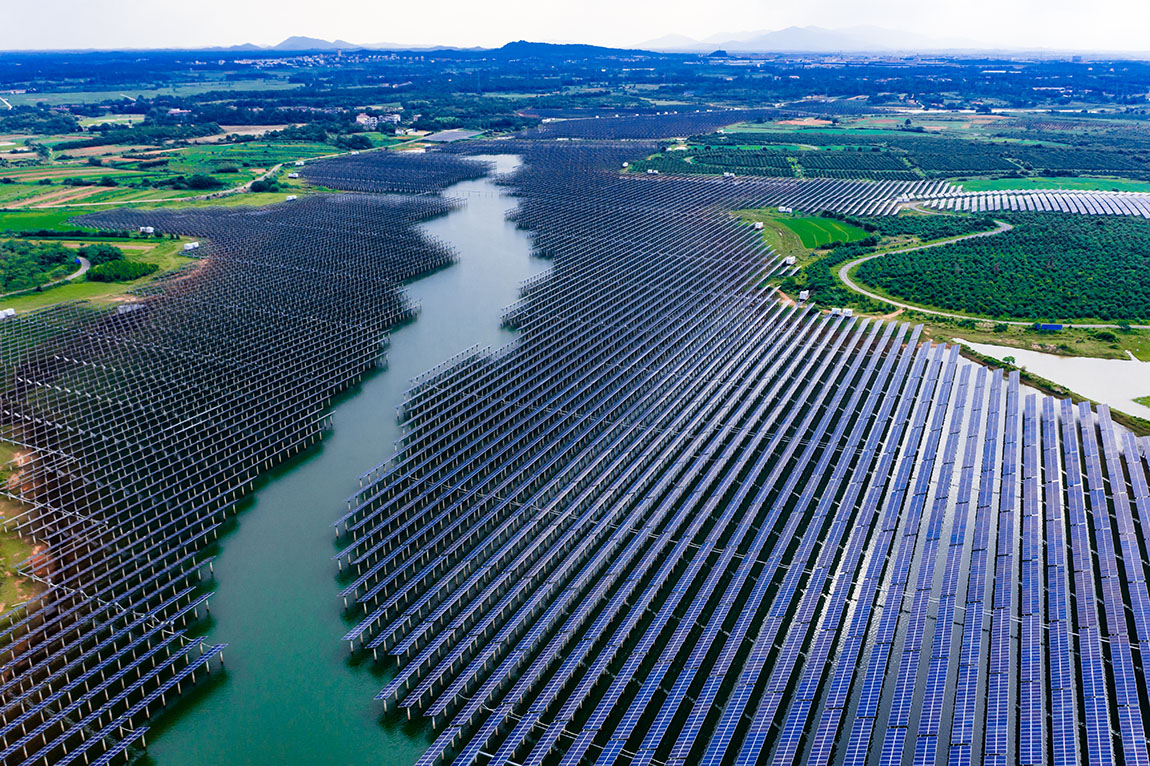 Focus on heating and transport

Electric vehicle sales are gathering pace, with prices falling as more models come onto the market, the cost of batteries comes down and range increases. Virtually every global carmaker is shifting out of internal combustion engines and into electric over the next decade.

Electrification is also starting to happen in small aircraft and some ferries and other boats, which are also cutting fuel use by increasing the use of hydrofoils.

For larger forms of transport, electrification is trickier, although good progress is being made on electric trucks. However, there are alternatives – trucks can use hydrogen fuel cells, while cargo ships can switch to lower-carbon fuels such as gas, methanol, ammonia and hydrogen, or even tried and tested wind power.

In aviation, a number of companies are working on hydrogen aircraft as well as sustainable aviation fuels (SAFs) produced from biomass or industrial waste gases.

And all forms of transportation are working on areas such as reducing drag, lightweighting materials and other methods to cut fuel use.

In heating, pressure is rising to replace gas boilers with heat pumps, which use less electrical energy than the heat energy they produce (and they run on electricity rather than gas). Air conditioners consume a huge amount of energy, which is only going to increase as temperatures rise, as well as using refrigerants with a huge global warming potential, so more efficient cooling options are crucial as well.

These include less harmful refrigerants, such as, ironically, CO2, which in other circumstances is the gas whose emissions we are trying to reduce. District heating and cooling can both significantly cut emissions. Companies that offer more efficient equipment to go into buildings – from LED light bulbs to refrigerators – are also well-placed.

All of the above technologies will require significant infrastructure back-up, including stronger grids and new connections, as well as significant amounts of batteries – to power EVs and act as stationary storage to help fill in the gaps when the wind isn’t blowing and the sun isn’t shining.

One area that is set to see huge growth over the next few years is hydrogen. The gas is the potential answer to a number of decarbonisation challenges, including heavy transport such as trucking, shipping and even aviation, as well as heating and as a way to cut emissions from some of the hardest-to-abate industries such as the manufacture of steel, glass and cement.

There are two main ways to make clean hydrogen – by adding carbon capture equipment to the current method of stripping it out of methane (which is known as blue hydrogen) and by using renewable electricity and electrolysers to split the gas from water (green hydrogen).

While many observers thought that blue hydrogen would be the first to make an impact until green hydrogen capacity caught up, the soaring price of gas and the rapid growth in electrolyser capacity suggest that green may leapfrog blue into the marketplace.

There are also less obvious decarbonisation plays that can be highly effective – reducing water use, which is an environmental imperative in its own right, also cuts energy use because water treatment is highly energy intensive. At the same time, treating sewage can produce useful heat and biogas that can displace fossil fuels.

Indeed, reducing waste in all industries should be encouraged because it has significant carbon benefits and there are huge opportunities in sectors, from clothing to electronics to food, to implement circular economy principles that reduce waste, cut resource use, improve efficiency and reduce emissions, at the same time as cutting costs.

One of the biggest contributors to climate change is agriculture – through deforestation, land clearance and emissions produced by livestock, principally cattle. There are a number of opportunities here, including investing in regenerative agriculture, feed additives that reduce methane production from animals and vertical farms, which are much more resource efficient than traditional farming.

The big trend in this sector, though, has been the rise in meat and fish alternatives – plant-based products as well as synthetic, lab-grown meat and fish – and the market is set to see continued strong growth.

Overlaying all of these technology options is a range of digital tools that can make all parts of the economy more efficient, including artificial intelligence, machine learning and the internet of things. These technologies are becoming increasingly ubiquitous, helping to create smart cities, smart transport systems and smart energy networks.

A range of satellite and drone technologies are helping to identify problems that need tackling, too, from methane leaks that can be seen from space to crops that need irrigating or treating for disease.

The imperative to cut emissions has created endless opportunities to invest in low carbon technologies and companies, and the momentum will only accelerate in the years to come. 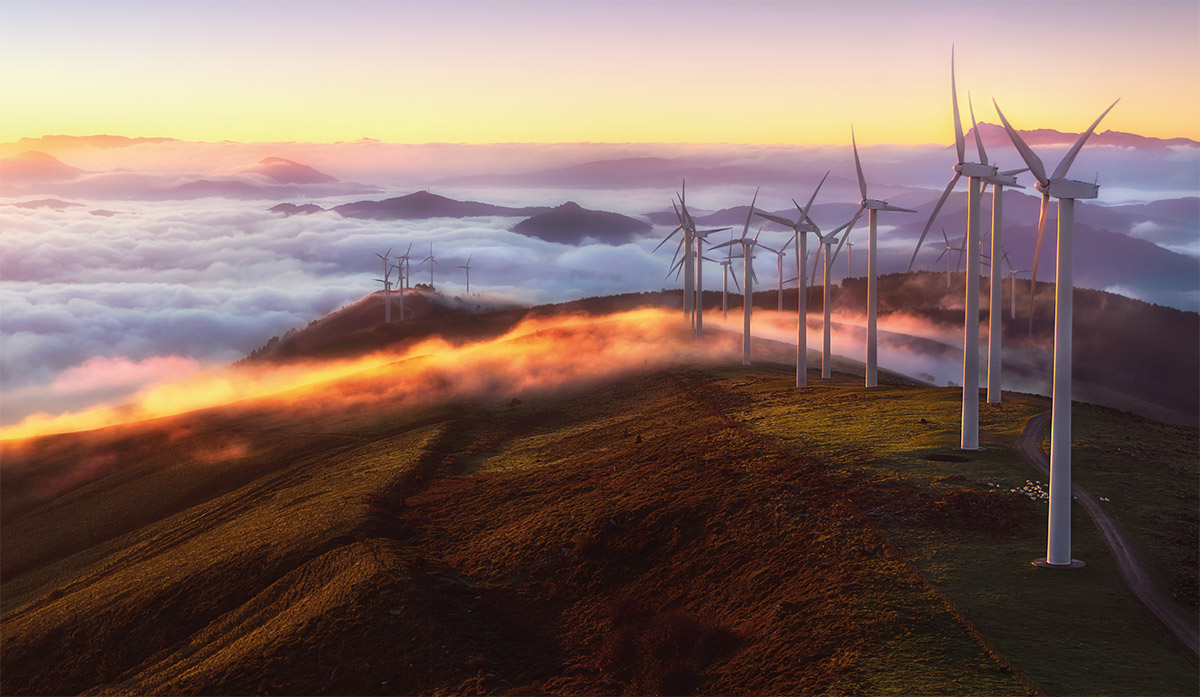