A Californian technology firm has launched a digital tool to help organisations explore the carbon capture potential of their own backyards. AiDash’s Intelligent Sustainability Management System (ISMS) uses satellite imagery and artificial intelligence to determine the carbon offset potential of plots of land, so private and public sector bodies can reduce their emissions using their own holdings.

ISMS is designed to complement carbon offset schemes, where organisations pay third parties for projects that cancel out their emissions as part of environmental, social and corporate governance (ESG) programmes focused on reducing greenhouse gas emissions to net zero by 2050 or earlier. Many of these projects, such as planting trees or restoring wetlands, involve land management practices which the organisations could do themselves on the plots they own.

AiDash says: “The solution not only provides measurements that meet carbon credit standards, but also continuous evidence to prove that credits are based on additional carbon captured and that carbon remains permanently captured in the ground, which is crucial for credible ESG reporting.”

But, it says, governments and businesses in sectors such as utilities, farming, mining and timber can use the emissions reduction potential of their own land “as a simpler and more affordable way to measure, control and implement this element of their carbon reduction strategy.”

AiDash also claims the system could help companies to offset emissions despite predicted increases in carbon credit pricing. The carbon credit market grew 164 per cent in 2021, AiDash says, and is expected to increase further as more organisations make pledges to combat climate change. Bloomberg has reported that the price of credits may rise by as much as 3,000 per cent by 2029 as rules governing the market get tightened. Higher carbon credit pricing is generally a good thing as it forces polluters to invest in low-carbon operations rather than just paying for their emissions. 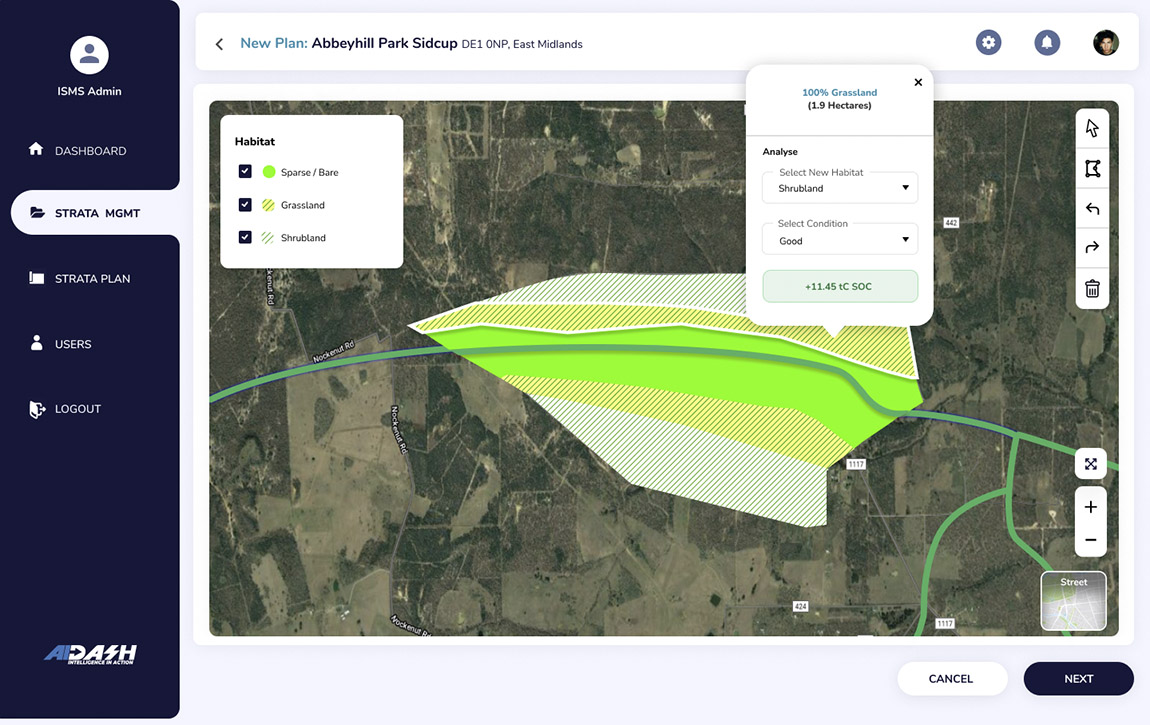 If carbon credit prices are too high, however, it could dissuade organisations from offsetting the emissions they cannot get rid of. Establishing carbon sinks on land holdings could be up to 90 per cent cheaper than buying credits in offset markets, AiDash says. “Many organisations will soon be priced out of the carbon emissions market, or they will spend much more than they originally anticipated,” comments Abhishek Singh, co-founder and chief executive of AiDash.

“An easier path is to run your own offset program on your own land and mitigate the price risk for carbon,” he adds. “With ISMS you will not need to buy as many credits as before to reach net zero and you might achieve your net-zero goal just by using your own land.”

ISMS can also be used to calculate the biodiversity value of land, helping to inform wider sustainability programmes. In November 2022, AiDash announced a strategic investment of ten million US dollars from SE Ventures, a Silicon Valley-based global venture fund backed by Schneider Electric, a digital transformation of energy management and automation leader. 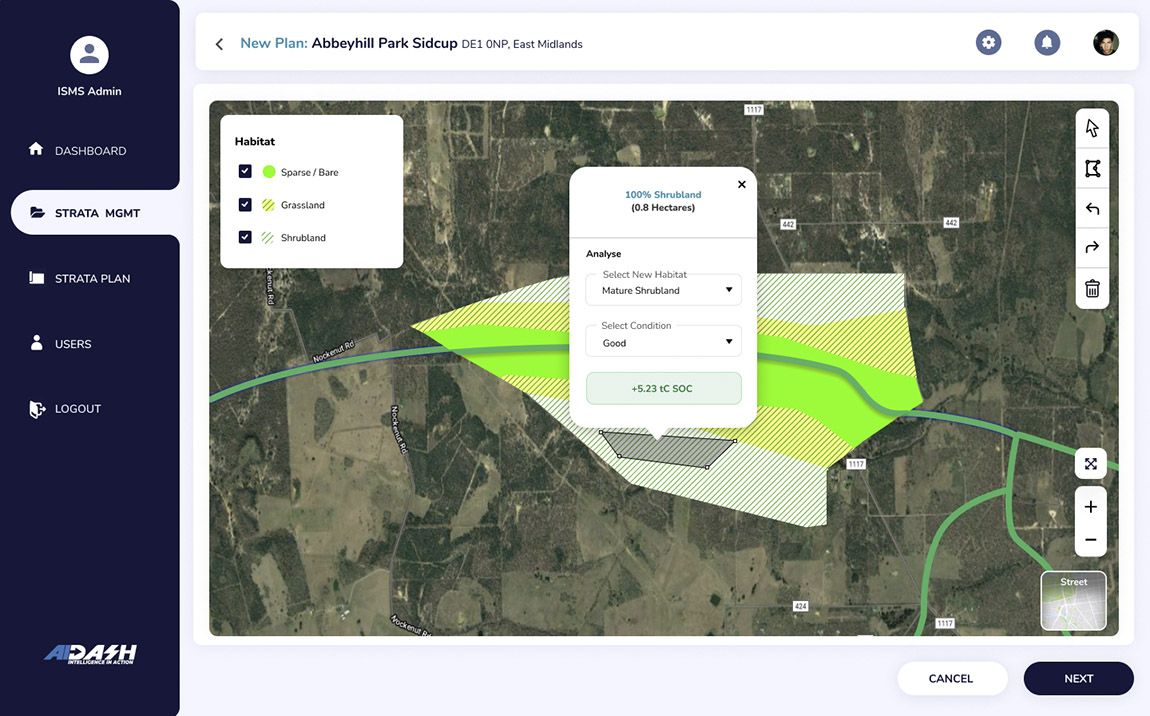