When Boris Johnson told a group of children that recycling plastics doesn’t work, it was dubbed unhelpful and brushed off by many as a soundbite typical of the British Prime Minister. But with studies repeatedly showing that large numbers of Britons fear that their recycling is going to landfill, the question is – was he speaking the truth or does plastics just have a “really bad PR problem”?

It is perhaps no wonder that consumers are concerned, with photos circulating widely of piles of plastic rubbish being burnt or floating out to sea. And with more than 300 tonnes of plastic being produced every year, around half of it for single use, the issue of waste management has taken on mammoth proportions.

“There’s an ongoing trope about the waste management industry that recycling doesn’t happen. People tend to have a negative perception of it,” says Owen George, Divisional Commercial & Resource Strategy Manager at Grundon Waste Management in Oxfordshire, UK. “Boris saying what he said really just feeds that underlying perception. What he’s likely trying to get across is that the focus should be on reusing and reducing materials, but the reality is that the UK and global recycling market is really strong. There’s huge demand for recycled plastic materials, so those comments really undermine a buoyant global economy.”

Lucy Danger, Chief Executive of EMERGE Recycling in Manchester, agrees that, taken out of context, the PM’s comments seem inflammatory. “But when you look at the bigger picture, there’s a waste hierarchy – and it’s meant to start with reduction. Reduce, reuse – and then recycle,” she says. 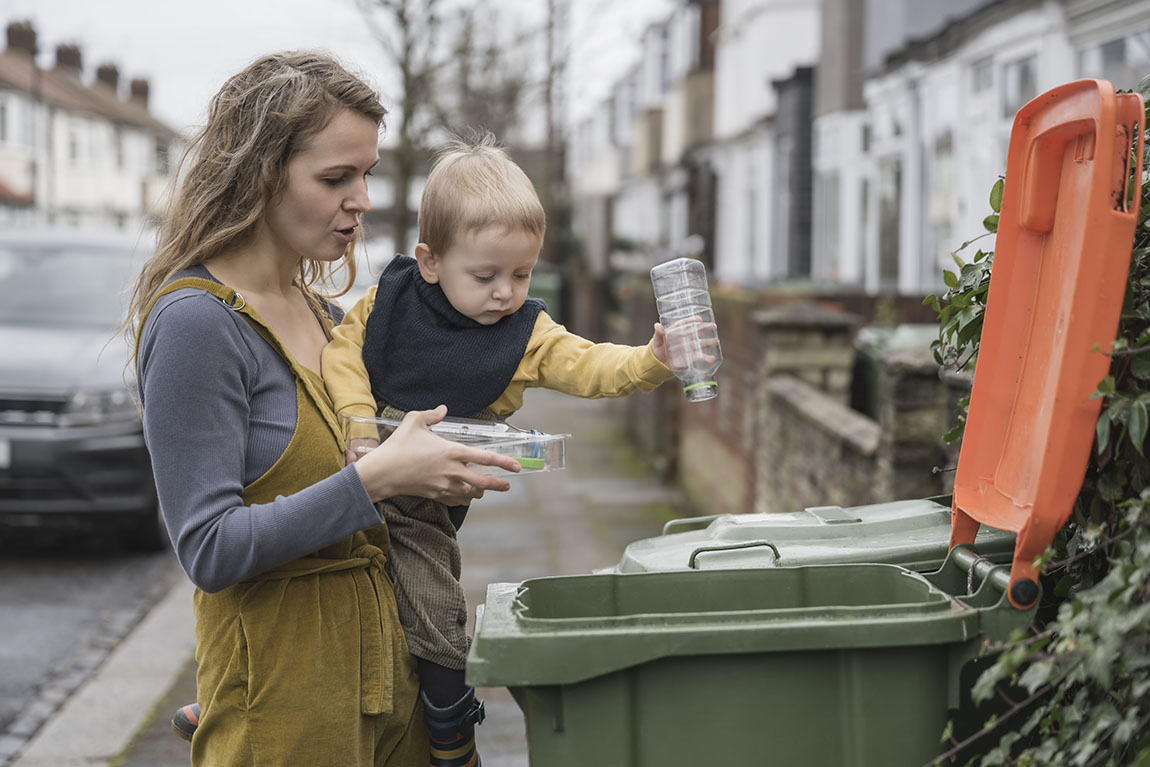 Plastics recycling is a growing industry, but to increase recycling rates through new technologies, the industry needs more support in the form of investment and legislative incentives for producers to use greater shares of recycled plastics.

“Plastics has a massive PR problem”

You could easily get stuck in black-and-white debates between plastic enthusiasts and its greatest critics, but the crux, it seems, is in the nuance. “Plastic is a by-product of the oil industry, and we’re very lucky to have this incredible material that can be applied to so many different uses, but it’s a finite resource. We’re not going to have it forever. If we use it in a careless way, we’ll run out more quickly. And we’re polluting our oceans with – it’s a bit horrifying, really,” Danger reflects.

With somewhere between 60 and 80 per cent of the litter found in the oceans being plastic, there is no doubt she is right. Moreover, plastic bags covering plots of land contribute to increased ammonium levels, and when left across marshlands, they lead to lower oxygen levels and fewer organisms. During the 2017 drought in Kenya, 40 per cent of the cattle that died had ingested plastic bags. Plastic may have its strengths, but its devastating impact on our planet cannot be denied.

At the same time, warns George, in the search for better, greener alternatives, we risk losing sight of the strengths of the existing systems. “Plastics has a massive PR problem,” he says. “Everyone wants to stop using it, but we need to be aware of the unintended consequences of stopping using it. There’s been a huge move to using bioplastics, for instance, which looks great in your corporate report, but there’s only one facility in the UK that can handle those materials, and unless it’s perfectly clean, it can’t be recycled.” 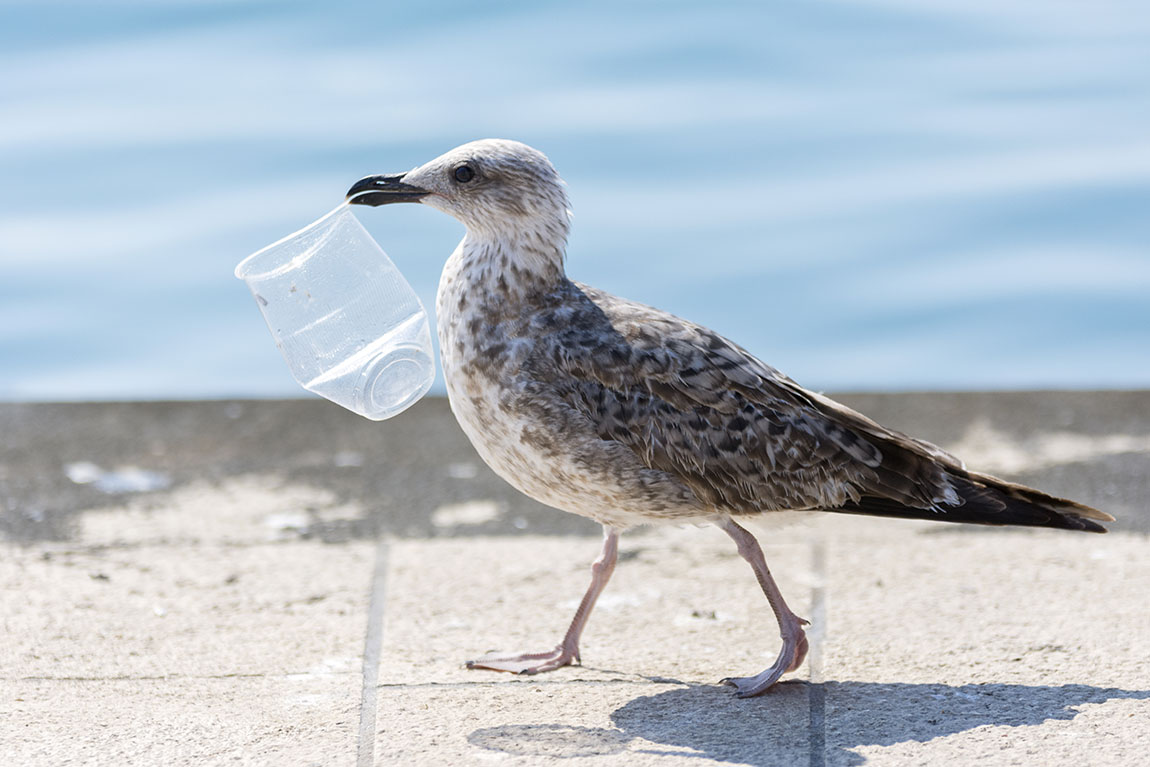 The challenges of the recycling industry

Recycling cynics often point out that if it costs more to recycle something than it does to dispose of it as rubbish, then we are in big trouble. But George’s point is exactly that: that existing recycling infrastructure is doing work that makes a lot of financial sense. “HDPE is worth around £400 a tonne at the moment, and there’s huge global demand. Then you see press statements from supermarkets announcing that they’re stopping using normal plastic bottles in favour of Tetra Pak, but they’re not widely recycled.”

Corporate sustainability reports are all well and good, then, but at the end of the day, responsibility is a huge issue. For as long as there was huge demand from China throughout the ‘90s and ‘00s, the drive across Europe to increase recycling rates was unproblematic enough, as everything would be shipped off. But as China shut the door on rubbish from the West, the issue started moving closer to home, and illegal dumping has been a growing problem.

In part as a result of the Chinese hunger for rubbish from the West, western countries were never incentivised to sort things properly. The sorting was done by hand once it arrived, often by poor people. What happens now, if you ask environmental activists and recycling critics, is that networks of brokers and agents mean that nobody knows where the waste is ending up. Recycling is collected and sent out to waste contractors, and people make money along the way – but no one can be sure what ends up being dumped. 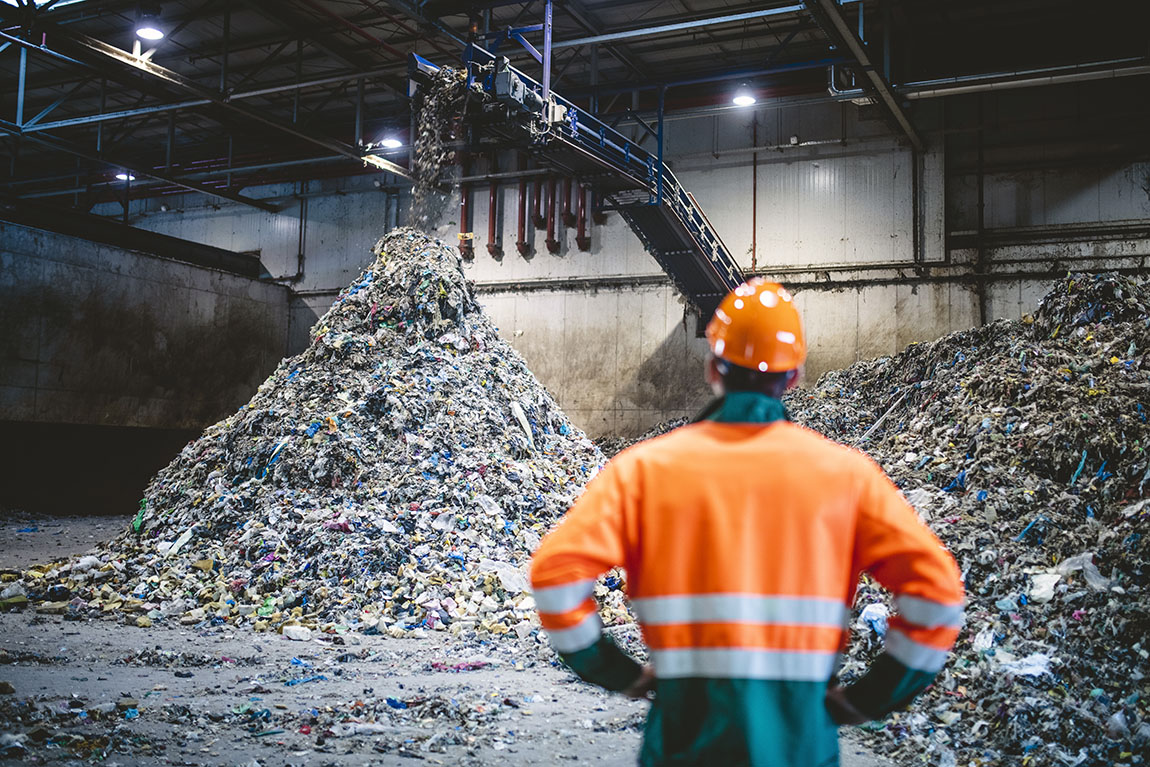 So what happens now?

“We don’t have sufficient infrastructure to address all plastic waste streams. We have to stop the over-production of waste – but we also have to think about advanced sorting streams to improve the infrastructure,” says Piotr Barczak, Senior Policy Officer of Circular Economy and Waste at the European Environmental Bureau, adding that when it comes to the shipment of waste, it’s a big problem that is, thankfully, being addressed through a number of initiatives. The revised Waste Shipment Regulation, he explains, will ban the shipment of residual waste, while grades of plastic that can be shipped will need to be traced. “They’ll have to know what’s happened to the waste later. They can’t just send it off and wash their hands of it.”

Similarly, the new UN treaty on plastic pollution is cause for hope, thinks Barczak. “We have to get it ratified, and then it needs to be imposed – that’s another battle,” he says. “But at least there’ll be a tool to take countries to court if they’re not delivering on their promises. It won’t happen quickly, but it’s very important.”

And despite the challenges, we need to recycle more, Barczak stresses: “So far, an average of around nine per cent of plastic is recycled, or around 40 per cent in some contexts – but even then, that’s 60 per cent that’s not recycled. Recycling is over-advertised, and it’s not the solution, but it’s much better than disposal or incineration.”

Why reducing plastic waste is so hard

Reduction, however, is crucial, Barczak says, and goes on to talk about the devastating effects of plastic pollution: the impact on health for people across the globe, the pollution of the oceans. “By 2050, if we don’t take radical action, there’ll be more plastic in the ocean than fish. Especially micro plastics, which enter the rivers and the oceans. There are no borders. That’s why this treaty is so important: to reduce plastic consumption when it’s not necessary. And it’s not; we all agree it’s a useful material, among other things in the medical field, but we really overuse it. We’ve been brainwashed into thinking that plastic is necessary to reduce food waste, but food doesn’t need to be wrapped in plastic.”

It’s a minefield that can be tricky for consumers to navigate, though. “You have to be really discerning about what you buy,” admits Danger, listing items that make it incredibly tricky to avoid plastic: toothpaste, deodorant, pens. “And dishwasher tablets – you either buy the ones with film that’s dissolvable, and the plastic goes into the water stream, or you get the ones with wrappers you take off and bin. What’s better?”

The recycling of plastic can be hugely effective, she stresses, especially when it comes to big volumes of bottles made of PET, for instance. It’s the great amount of different types of plastics in circulation and the subsequent need for sorting that becomes a barrier. “It goes back to source separation. Successful recycling relies on clean material, but once you start mixing in other things, it messes with the reprocessing of the plastic, and the resulting material can’t be applied to a whole lot of products in the end. Worst case, it causes such problems that the entire batch is thrown away.” 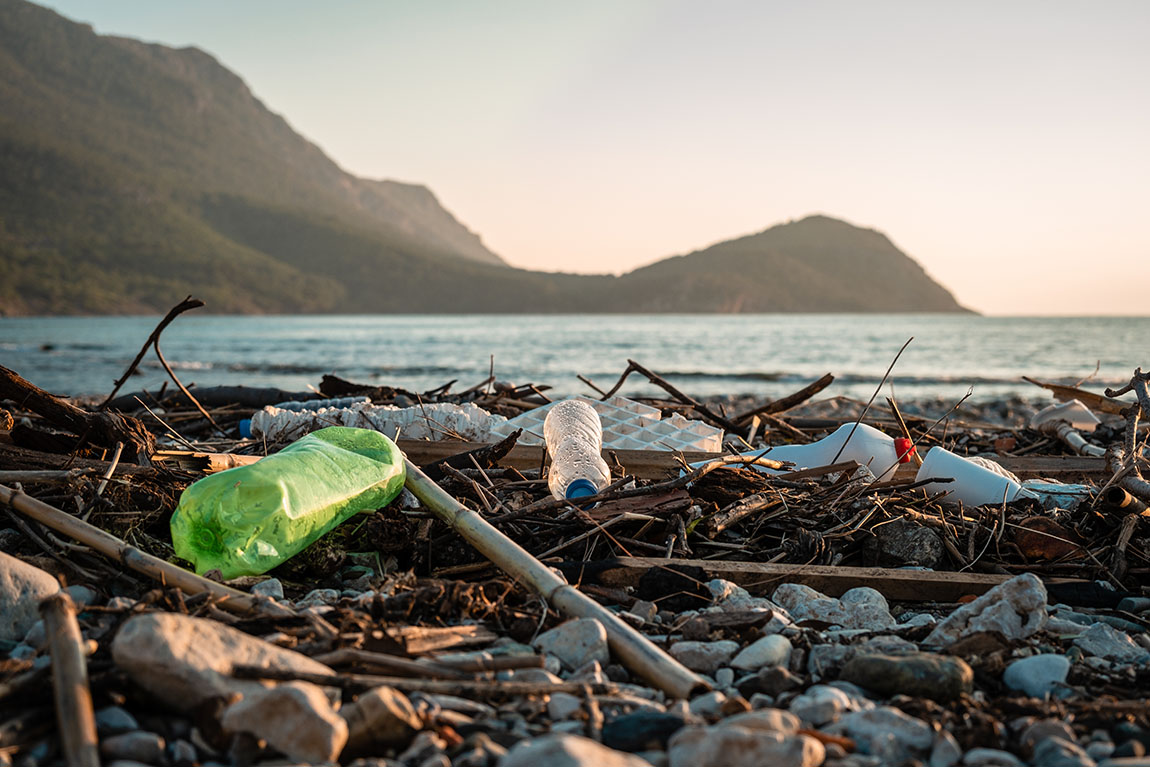 Keeping plastics out of water bodies and natural environments is one of the main motivations behind new legislations and technologies.

New technologies offer up some hope, however. AI and real-time imaging are proving helpful in plastic recycling plants, helping with sorting in order to create 100 per cent clean food grade plastic, explains George, and the past decade has seen huge investment going into chemical recycling. “When industry leaders across the world get together, it’s going to mean more investment into recycling infrastructure, as well as the right pressures placed on manufacturers in terms of the materials they use,” he says, welcoming the new plastic pollution treaty, as well as initiatives such as the UK Resources and Waste Strategy which, among other things, will bring about a plastic packaging tax on any piece of packaging imported to or manufactured in the UK with less than 30 per cent recycled materials. “This will mean an increased demand for recycled materials, which will encourage more investment into new plants and the sector as a whole,” says George.

In addition, the reformed Packaging Producer Responsibility regulations will make all producers responsible for the cost of the disposing of all packaging they bring to market, all the way through to creation of a new raw material, with the rates being favourable for more widely recyclable plastic. “With the right type of packaging, we’ve got a really strong recycling infrastructure already, which will be able to expand even further,” says George. 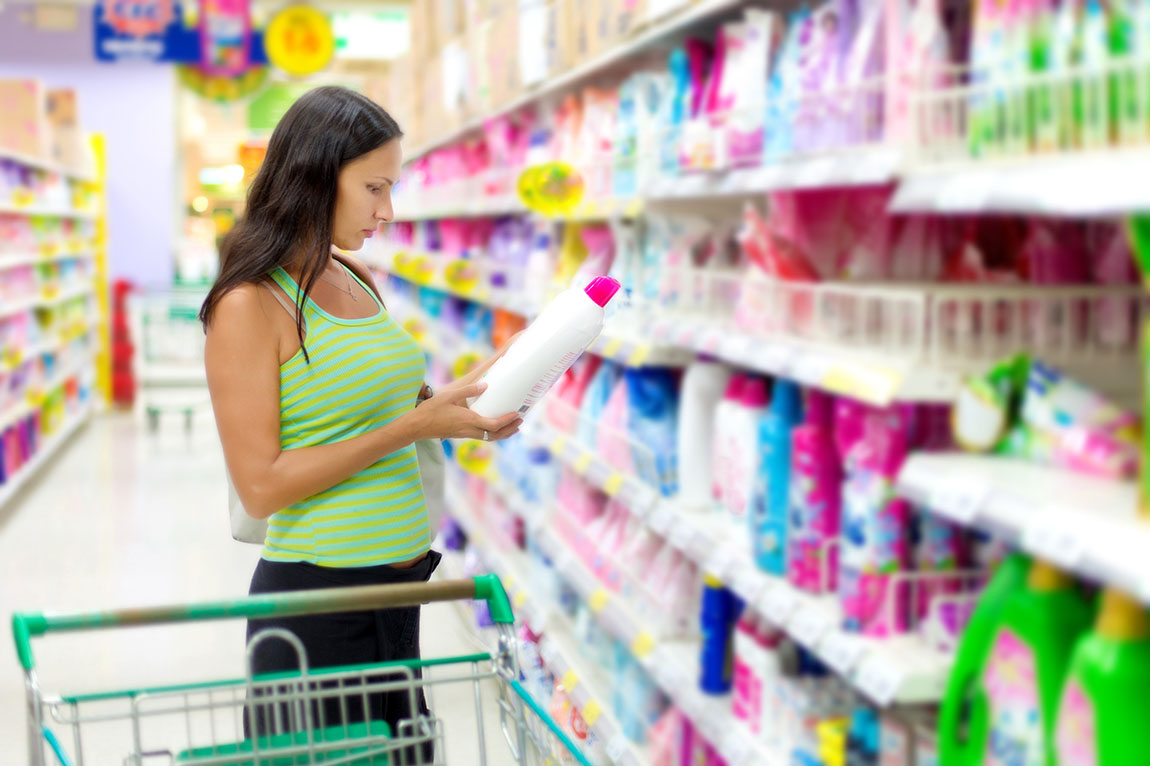 Plastic waste must be reduced, but as a consumer, avoiding plastics can seem impossible.