Long sandy beaches stretch over kilometres along Juist’s shoreline, framed by dunes on the one side and crashing waves on the other. This alone makes the East Frisian island a special place. But what distinguishes Juist from other tourist destination is its eco-friendly approach. The island has made ‘sustainability’ a guiding theme for the tourism sector.

Nature dictates the rhythm of life on this small island: 17 kilometres in length and only 800 metres wide at its widest point. Locals tenderly call their home ‘Töwerland’ in their local dialect – wonderland or fairy tale land. While the island also has an airport, most guests arrive by ferry that can only reach the island during high tide.

“So people will from the very beginning of their journey attune to the rhythm of nature,” says Thomas Vodde, who is responsible not only for the island’s marketing but also for sustainable development.

Cars are not allowed on the island and as it was done centuries ago, people and goods are transported with horse carts and carriages. Horse carts are even used for garbage collection on the island, or to transport heavy goods or furniture. There is only one great exception to this rule: fire services and ambulance. 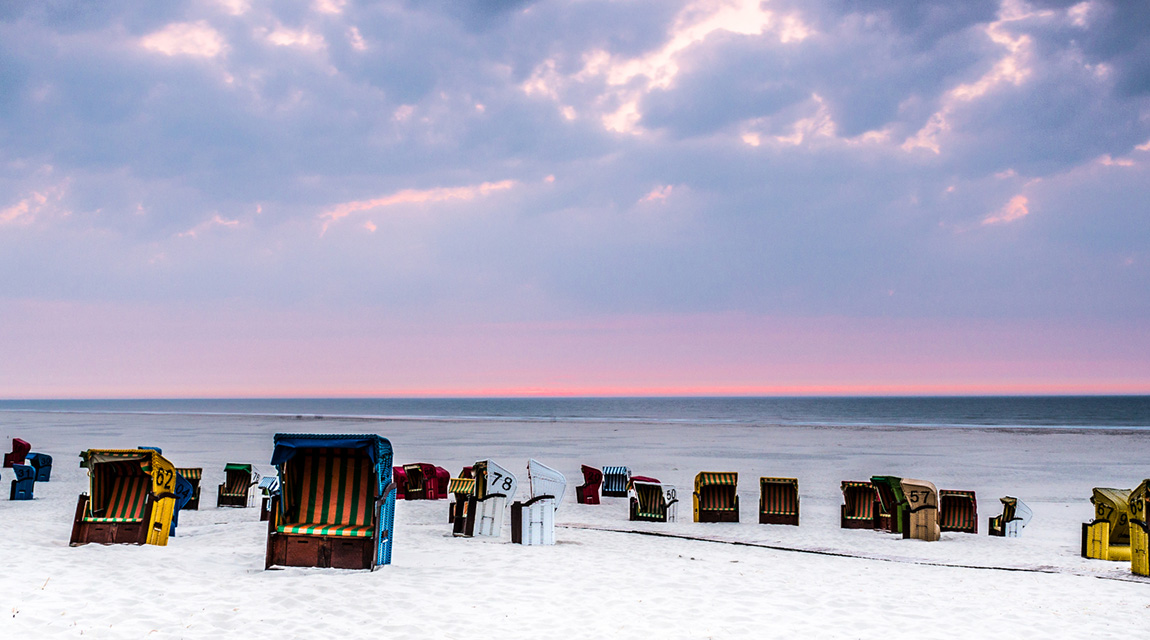 It is no wonder that everything is a bit slower on the island – intentionally. What has become internationally fashionable as the ‘Slow Movement’ has a long tradition on Juist. The island is a forerunner, when it comes to sustainable tourism and living. For many regular guests, the slower path of life is the reason they come here again and again.

Whoever wants to get from one point to another must go by bike, on foot or use a carriage. Horses are therefore quite characteristic for the island and part of its unique atmosphere. “Even if this means we also have horse droppings on the roads,” says Thomas Vodde with a slight wink.

Coastal air is already considered to be very healthy, but since there are no cars and no heavy industry on the island, it is even cleaner on Juist. The amount of CO2 found in the air for example is negligible. In 2010, Juist gave itself the title ‘Klimainsel’: a climate-friendly island. This is not only a statement, but a promise: “In 2030 we – as an island – intend to be climate-neutral,” says Vodde, which means the island must fully compensate carbon emission.

Today the whole island already has a low carbon emission of 27,000 tonnes a year – including the ferry trips guests must undertake to reach and leave the island. This is not much when taking into consideration that the average German emits 11 tonnes of carbon-dioxide every year.

1,700 people currently live on Juist, but more than 130,000 visit every year. The tourism information is already climate-neutral: While still emitting 13 tonnes of CO2 every year, those responsible for the eco-friendly concept decided to compensate this carbon emission completely, reducing the carbon footprint to zero. Juist’s tourism information is one of only two in Germany that have gained this status so far.

The climate-friendly approach even led to establishing a veggie-day where only vegetarian food is served on the island, because carbon-dioxide emission and food production are closely linked – and that is something the islanders want to make people aware of. 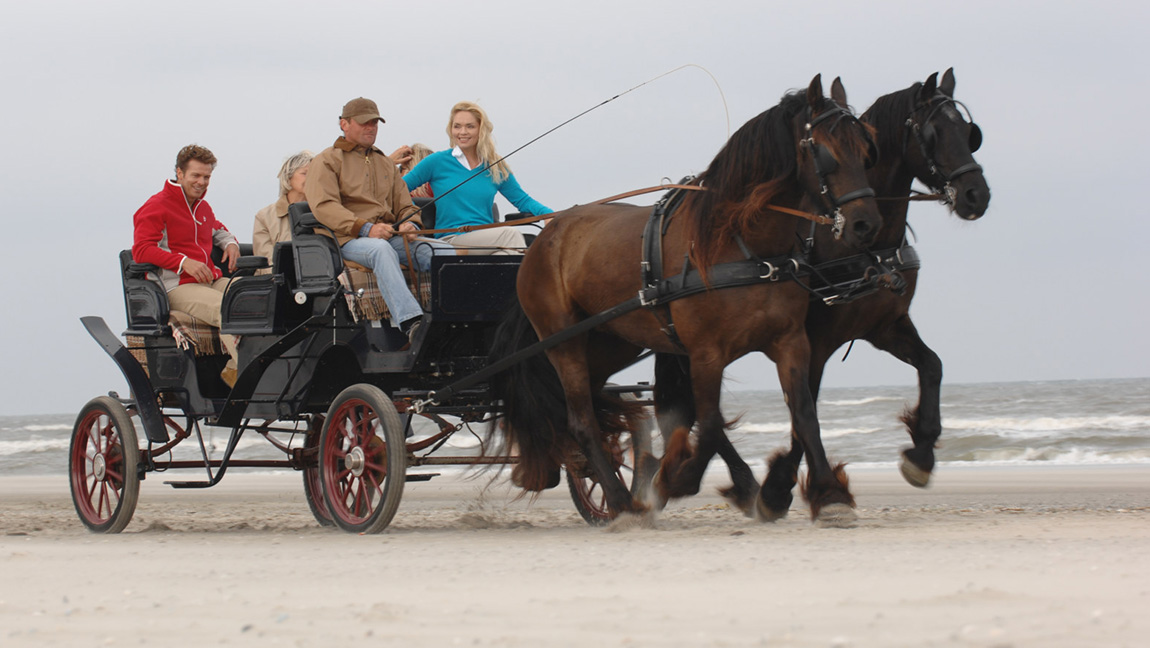 Climate protection and sustainable living is something that has to include future generations. This is why there are not only courses in the local school and kindergarten, but also a children’s summer university dedicated to the topic of sustainability. It is their aim to introduce these vital ideas to children spending their holidays on the island as well.

The local administration also offers businesses operating on the island advice on energy savings free of charge. Many hotels and bed and breakfasts have already installed solar panels or are using energy from eco-friendly sources only. Others have redeveloped the building into a low-energy house.

To give tourists a better choice and to make this more transparent, the travel catalogue – also available online – displays exactly what kind of measures a hotel has taken to make the business more climate friendly. Tourists therefore have a choice how climate friendly their holidays might be.

For all these efforts in 2015, Juist has won the German prize for sustainability – one of many prizes the destination was awarded in recent years. The jury especially mentioned the consistent and authentic sustainable approach. Juist is also among the top 100 green destinations and ranks 31st place among the top German tourism destination in Germany – outranking for example Sylt and playing in the same league as famous attractions like the Brandenburger Tor. 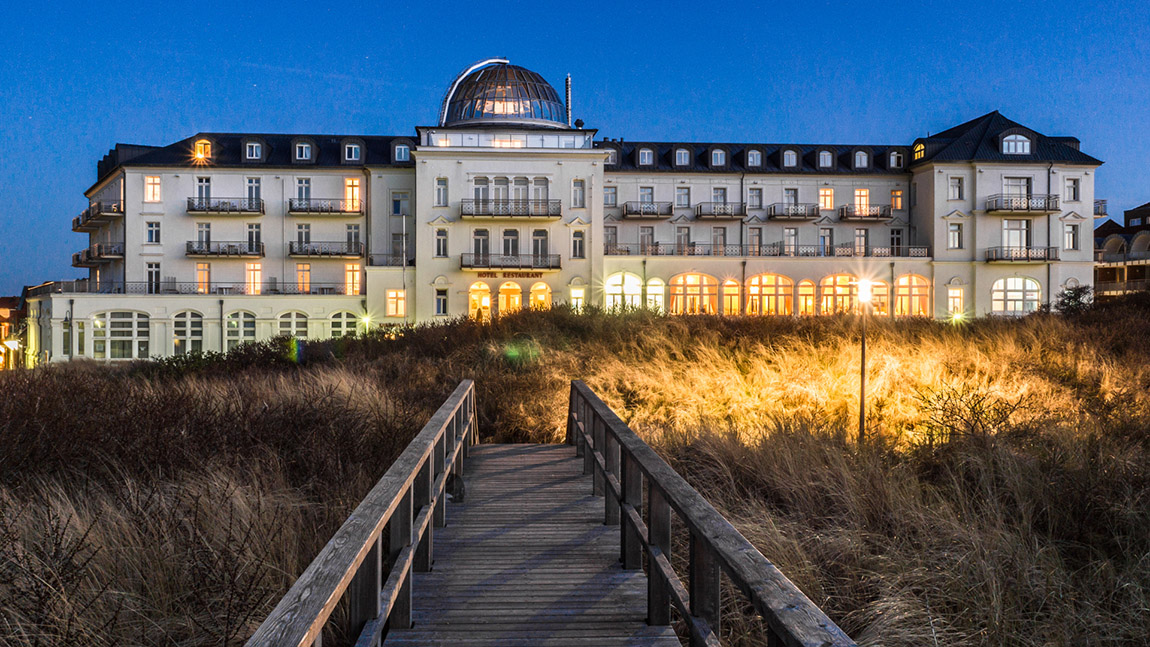