Solid-state batteries – the next big thing in electric mobility?

Electric vehicle companies are in hot pursuit of a new kind of battery that is safer, lighter and more powerful than the lithium-ion products in today’s Teslas and Nissan Leafs. Cleantech specialist Jason Deign investigates if solid-state batteries could become the future of electric mobility.

Chinese state-owned automotive manufacturer Donfeng Motor Corporation is hardly a Tesla or BMW. The average citizen in markets outside China would struggle to identify its logo. But the company raised eyebrows among electric vehicle (EV) watchers in January 2022 – and did so with an innovation that was not even visible to observers. The fuss surrounding 50 demonstration units of its Aeolus E70 model was all to do with their batteries.

Dongfeng claimed the cars were the first to be equipped with solid-state batteries, a technology that automakers believe could soon replace standard lithium-ion battery packs in the growing number of electric vehicles on the road. Critics were quick to point out that Dongfeng’s batteries were not actually solid-state, but something of a hybrid between them and today’s lithium-ion chemistries. But the interest in solid-state batteries remains very real.

The technology is expected to allow carmakers to overcome several shortcomings in present-day lithium-ion batteries. These work by exchanging electrons between electrodes through a liquid electrolyte. The electrolyte is what causes most problems in current lithium-ion battery designs. For a start, it adds significant weight to the battery, which is not great when you are trying to improve the efficiency of a vehicle by making it as light as possible. Plus, the electrolyte takes up a lot of space, limiting the energy that each battery can deliver.

But the most worrying aspect of liquid electrolytes is that they cannot act as a fixed barrier between the electrodes. And if the electrodes touch, for example through a deformation of a battery cell, it can cause a spark that ignites the electrolyte. To make matters worse, the electrolyte in lithium-ion batteries is flammable, so once a fire starts it is hard to put out. 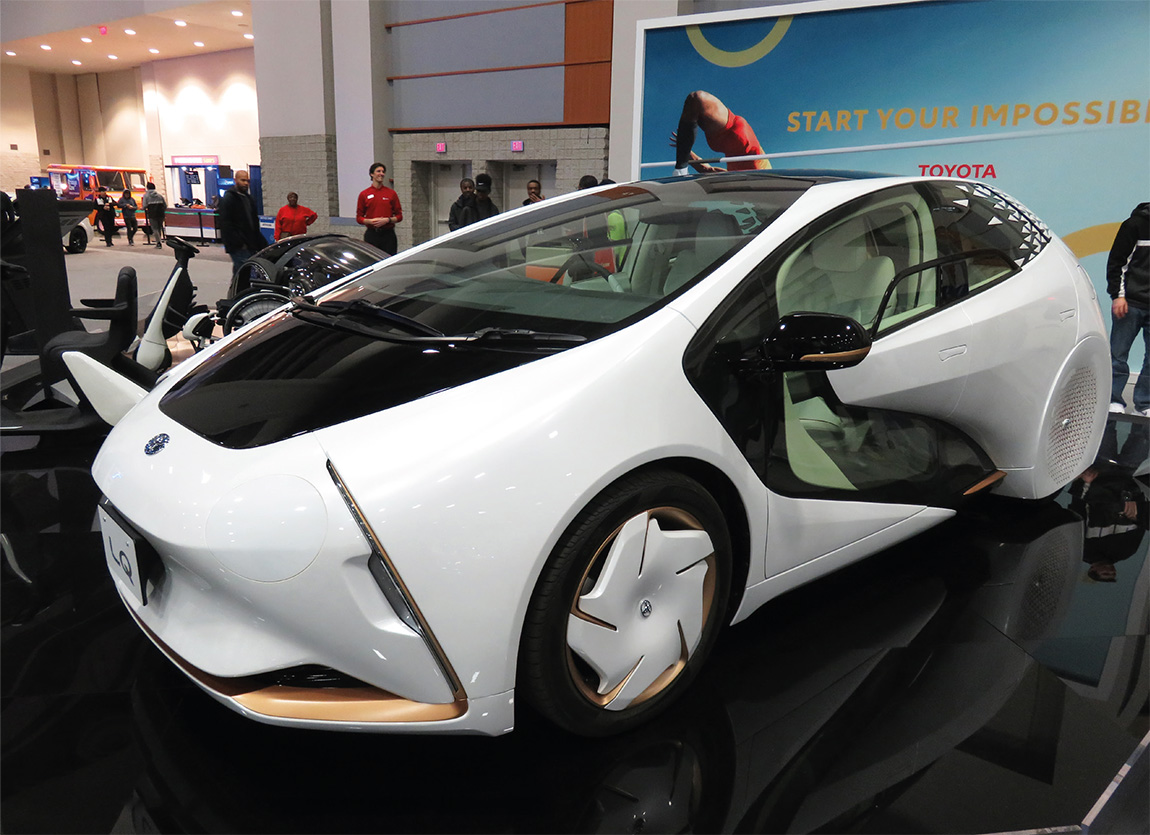 The Toyota LQ concept car is said to have solid-state batteries. Photo: dreamstime.com

“There is currently a lack of legislation around how fire services put out electric vehicle fires,” notes Max Reid, a battery and raw materials service research analyst at Wood Mackenzie. “It tends to be, ‘wait until they burn out’, which is not great if you’ve got a motorway with a fairly large crash.”

Original equipment manufacturers (OEMs) in the automotive sector believe these problems can be solved through one apparently simple innovation: substituting the liquid electrolyte with a solid film separating the electrodes. Such solid-state batteries would be safe and compact, packing much more energy per unit of weight and volume compared to traditional lithium-ion products. These characteristics could lead to other benefits. Increased safety means batteries could be recharged more quickly, for instance.

And having more energy per battery could allow electric vehicles to travel even further on a single charge than internal combustion engine cars can manage on a full tank today, putting paid to range anxiety – the fear of running out of juice before reaching a charging station. Given the potential benefits of solid-state batteries, it is unsurprising that companies developing the technology have attracted a lot of attention.

Last year, the solid-state battery maker QuantumScape, whose investors include Volkswagen and tech magnate Bill Gates, went public and achieved a valuation of 13 billion US dollars, even though it has yet to start production. Elsewhere, carmakers are scrambling to take stakes in solid-state battery developers. Ford and BMW have invested in Solid Power. Hyundai, Renault, Nissan and Mitsubishi are backing Ionic Materials. Honda, SAIC, Hyundai, Kia and General Motors are betting on SES.

Tesla is resisting the move to solid-state technologies for now. Photo: Tesla

Challenges in scaling up the technology

“All OEMs have some level of interest in solid-state batteries, for sure,” Reid confirms.

But for all the interest, progress in getting solid-state batteries to market has been slow because of challenges in scaling up the technology. “The industry has been able to produce solid-state batteries for decades – for microchips ,” says Reid. “That level of cell uses sputtering techniques – firing atoms in a vacuum – which is not applicable when you talk about EV sizes.”

Reid has calculated that the amount of solid electrolyte film needed for an average electric vehicle would be enough to cover three tennis courts. The film, which could be in the form of a ceramic material or lithium metal foil, is hard to mass produce efficiently and cost effectively. Another problem for solid-state batteries is that the number of times they can cycle is low compared to traditional lithium-ion products, which means the battery packs in electric vehicles would have to be changed every couple of years or so.

These issues have so far put manufacturers off making the switch to solid-state batteries, although Toyota of Japan was reported to have launched a concept car using the technology last year. “As solid-state batteries are some way off from being fully commercialised, battery makers have put their money behind conventional technology for now ,” says Anton du Plessis, chief executive of Zinnwald Lithium, which is developing a German lithium mining and processing plant.

No date yet for commercialisation

Traditional lithium-ion battery technology “still has a way to go before it is exhausted in terms of improvements,” du Plessis says. “For example, Tesla, which is regarded by many to be at the forefront of battery developments, appears to have chosen to improve the cell format and dry electrode process, rather than invest in solid-state.”

Nevertheless, industry experts predict the large sums of money being poured into solid-state battery research – and electric vehicle batteries more generally – will allow current challenges to be overcome. In the coming years, “Demand for EVs is going to ramp up significantly,” says Reid. “We are seeing hundreds of billions around investment into the battery space alone. I expect that whilst progress has been slow over the past ten years, it’s certainly not going to be the same for the next ten.”

Still, when the technology will achieve commercial maturity remains uncertain and analysts are cautious about placing bets because the solid-state battery segment already has a track record of falling short of expectations. Reid believes mass commercialisation of solid-state batteries by 2027 or 2028 “is definitely realistic.”

However, “some OEM roadmaps are stating around the end of the decade,” he says, “rather than what some others would like – which is in the next three years.” 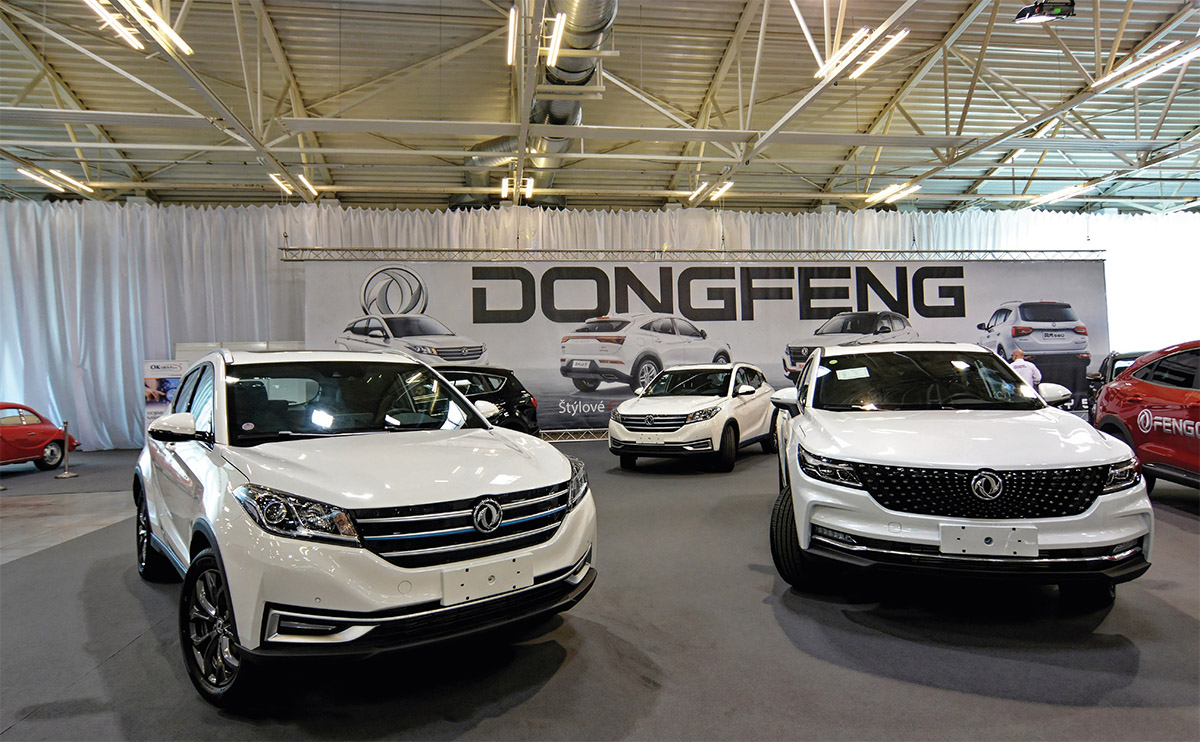 The company making it easier to get new batteries to market

Electric vehicles in China and Europe – not a race against each other, but toward their own climate targets

Battery manufacturing boom in the UK