In a remote region of Peru, the indigenous Mayni community cultivates organic, shade-grown coffee amongst the majestic trees, snaking vines and whooping monkeys of their native home, the Amazon rainforest. Thanks to a small coffee roaster in Glastonbury, Somerset, that coffee is now raising the bar for sustainable coffee on the UK market.

At 25 years old, the life of sales manager Greg Campher took a turn which would not just become a defining one for the South African born coffee-fanatic; it would also affect the lives of a number of indigenous communities living deep within the Peruvian rainforests. 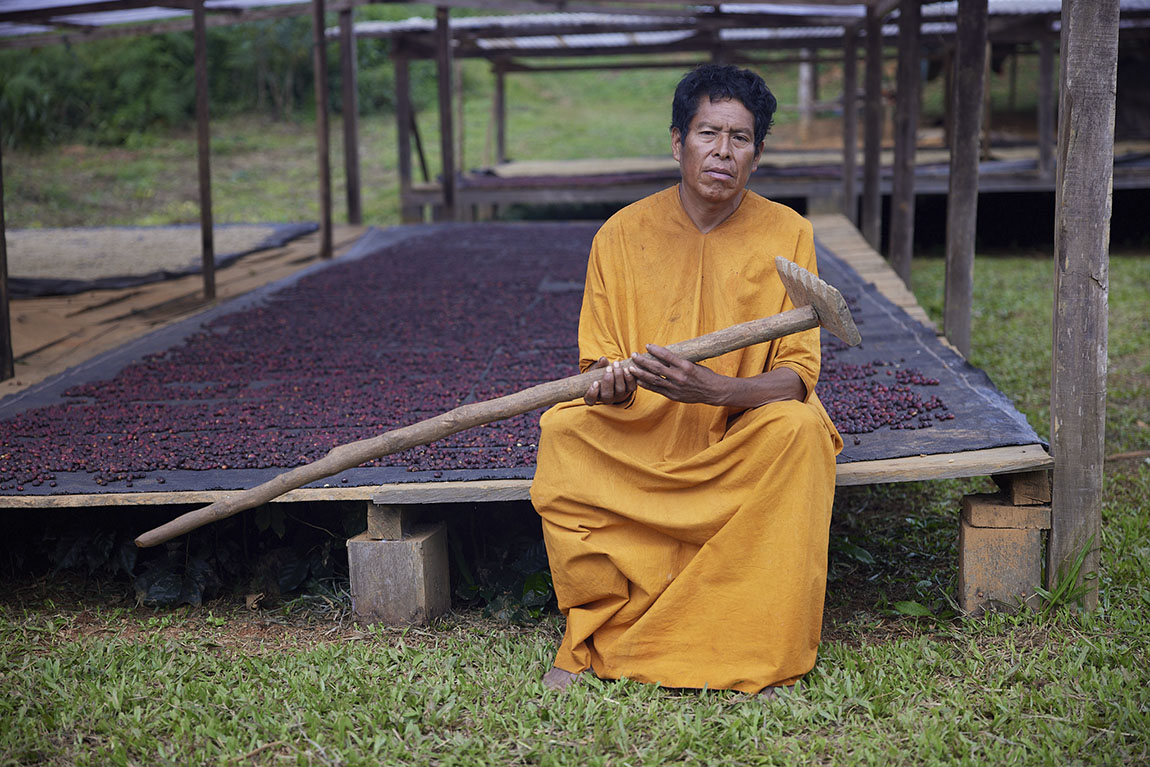 In a remote region of Peru, the indigenous Mayni community cultivates organic, shade-grown coffee in an ultimate example of agroforestry.

Back in 2009, the then 25-year-old Campher took over the coffee import of a friend; today his company Easy Jose Coffee Roasters specialises in shade-grown coffee cultivated by the native people of the Amazon. As a father-of-two living in Nottingham, Campher’s life could not be much further from the people who produce his coffee, but he talks of their community with much admiration. Calling his first visit to see the Mayni people, the first indigenous community to produce coffee for Easy Jose, a “gamechanger”, he says: “It’s a truly indigenous community, they’re very happy to live how they live, but there has been an amazing process, a shift in mindset as to what’s important for them, for their future. They put in a lot of hard work; it’s very impressive to see. When I saw that, that was it for me – that was the new future for me in terms of what our business should focus on.” 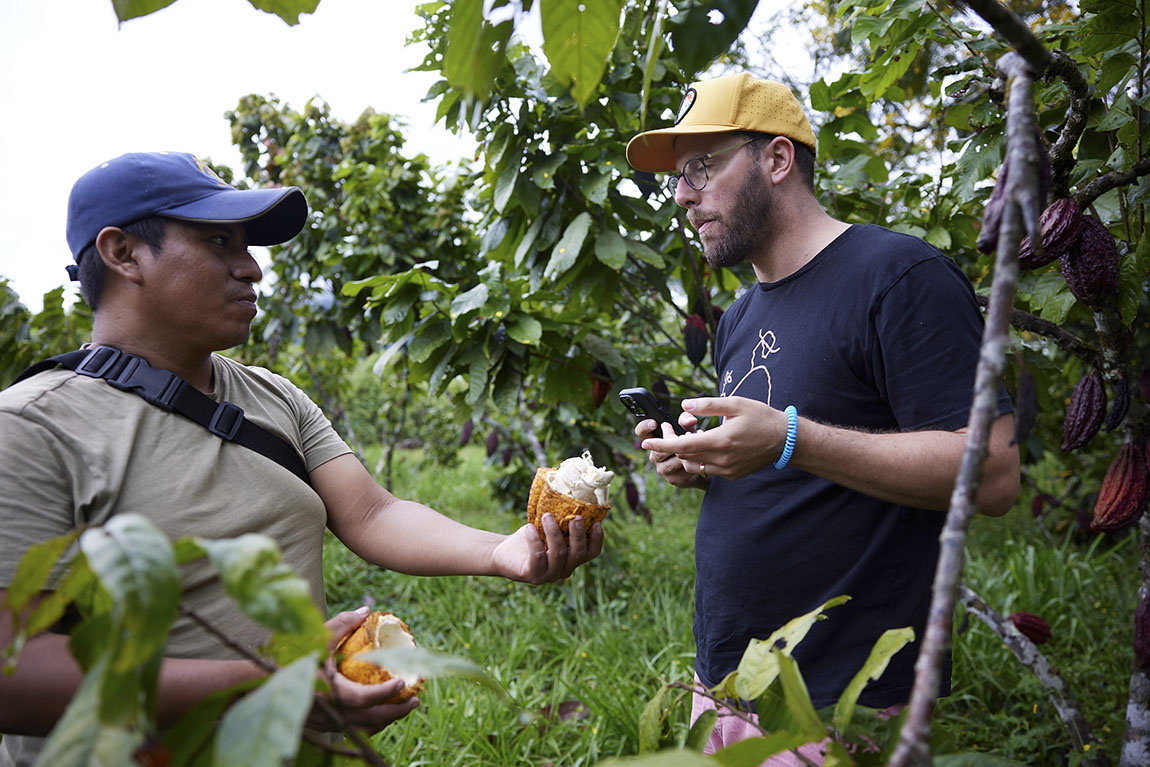 In 2018, Campher founded Easy Jose to focus on the import of what the company calls fully traceable shade-grown speciality coffee; terms that, in the case of this company, go far beyond marketing purposes. And the initiative has been received with open arms by the UK’s many coffee enthusiasts. Having been voted the Independent’s Indy best buy in 2020, the small company’s sales exploded through the pandemic, with online sales increased by 1,472 per cent from June to December that year. The sales success was followed by more publicity and the company now imports and sells around 70 tonnes of its speciality coffee a year. 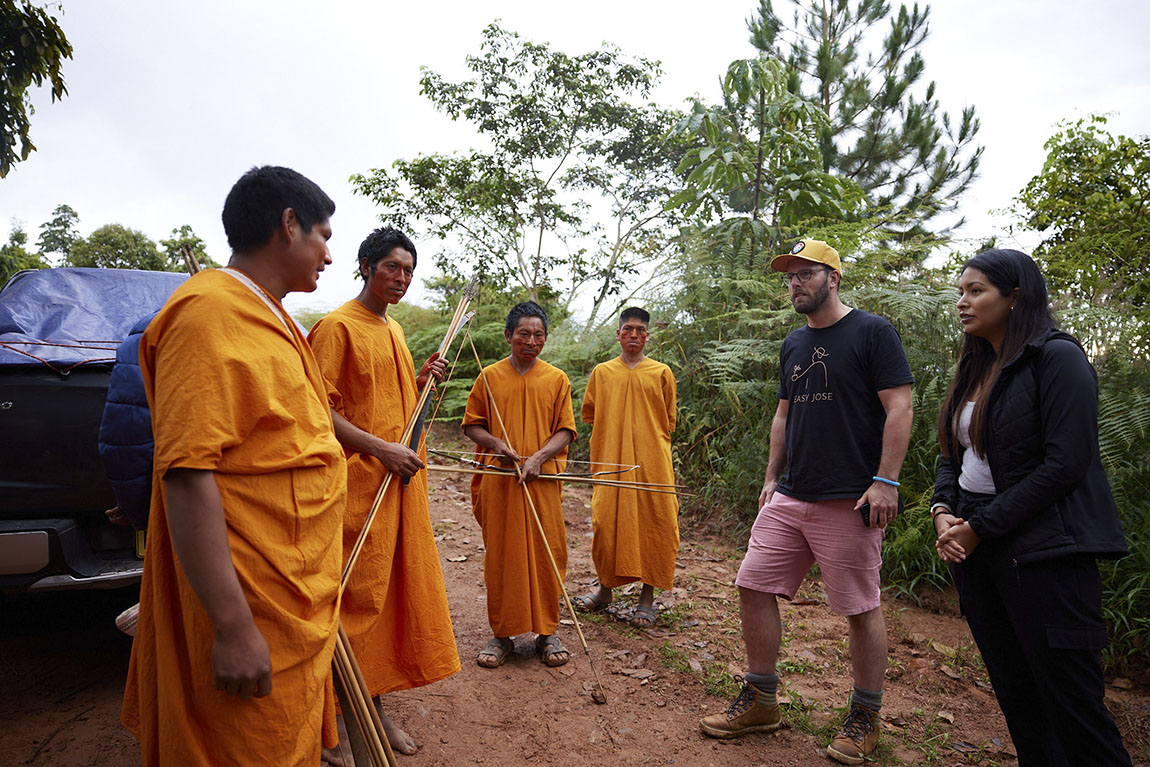 More than a lovely story

While many coffee brands are marketed as sustainable, rainforest certified etc., the majority of terms used, unfortunately, relay little information on how exactly the production is sustainable. When it comes to the kind of large Brazilian farms that Campher worked with at the beginning of his coffee venture, they may earn a rainforest certification by setting aside a small percentage of land for natural habitation, but the rest of the farm can be an absolutely bare and environmentally unsustainable coffee production. ”What I quickly realised was that though they were rainforest certified and all about sustainability and what not, when I looked at it, it did not add up,” Campher explains.

Having grown wary of the marketing fluff prevalent in the industry, when he was first told about the Mayni tribe and the way they cultivated coffee as a way of preserving native forest, Campher needed to see it with his own eyes. “In this industry, 99 per cent of everything is marketing. Everybody wants to tell a beautiful story, so I had to go and see that this was a real project,” he says, adding: “When I got there, it was better than what I thought it was going to be.” 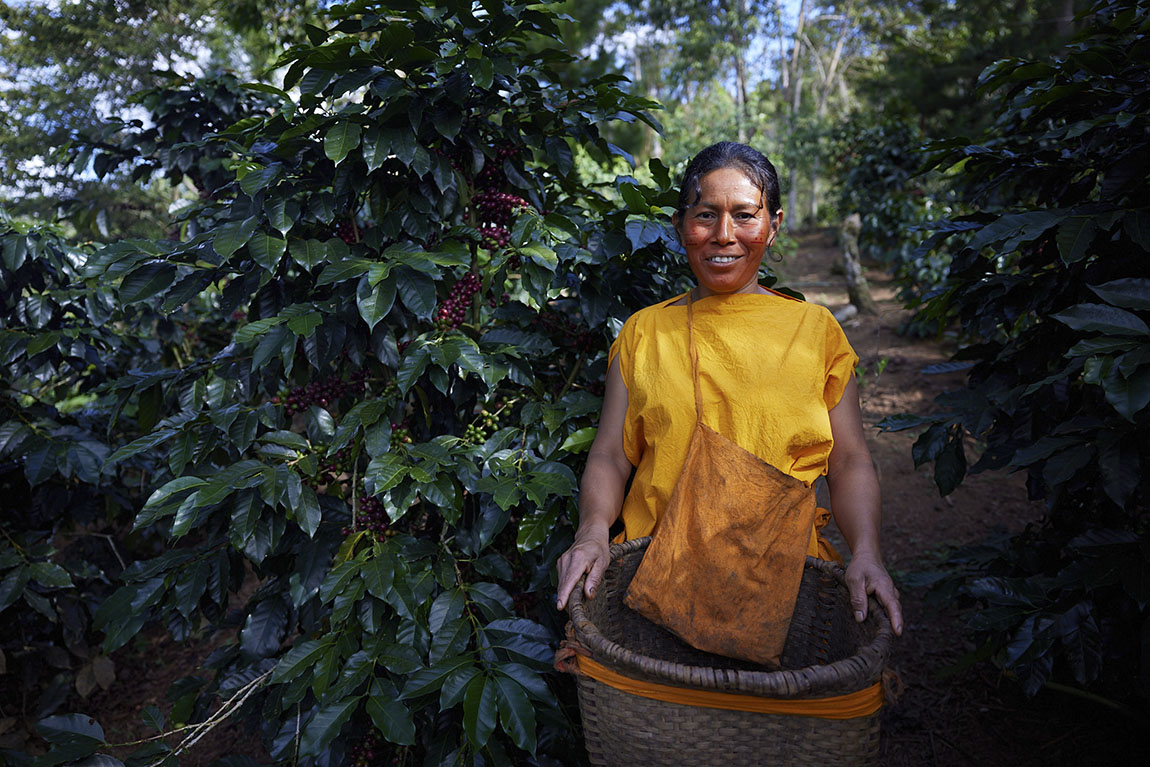 While most people know how palm oil contributes to the destruction of the rainforest, fewer know, or care to think about, the fact that coffee too is often grown on land that used to be rich and biodiverse native forest. “You see so much encroachment on the land,” says Campher when describing his last visit to Peru. “The coffee is absolutely there as well, but it almost gets away with it because you often plant coffee with a tall tree to provide shade, and it doesn’t look so bad. But to me it’s a broken model because you already have perfectly adequate trees in the natural forest so why cut them down and create the devastation – biodiversity is lost, soil is destroyed in the process of cutting down. Why not do it in harmony with the forest?” 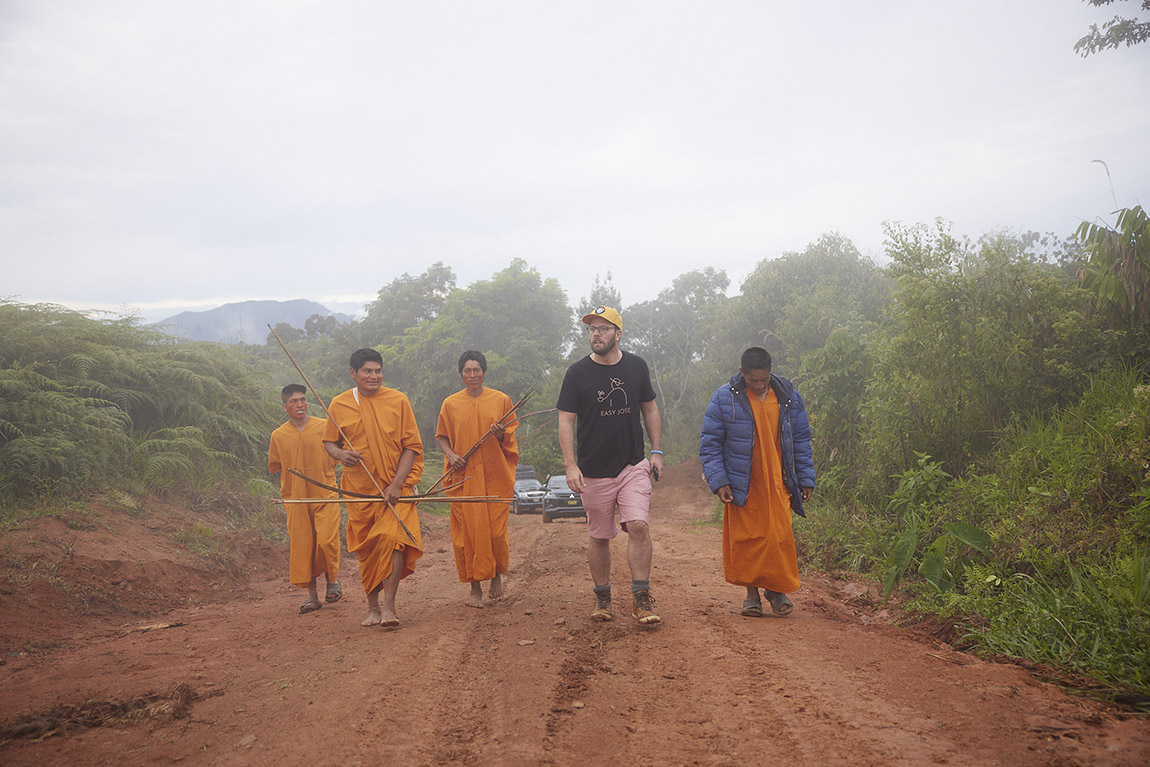 Growing coffee in harmony with the original environment of the forest is exactly what the Mayni people do. With 22,000 hectares of rainforest that they call home and protect, the Mayni use four per cent of that forest to grow coffee. They do not, however, clear the land, but grow the coffee in the shade of the canopy of the rainforest. “I have seen the Mayni doing it, and they do it very well,” says Campher. “They take down certain trees in order to plant coffee, but the synergy and the biodiversity remains.”

The price we are willing to pay

When most coffee producers choose to cut down the natural forest to cultivate coffee, it is, of course, because it enables them to gain more yield and income. However, with the increasing interest in speciality coffee and consumer willingness to pay a premium for a coffee that is produced in the most sustainable possible way, environmentally sustainable coffee is also becoming more economically sustainable. The increase of such production methods is, in other words, just down to supermarkets beginning to provide the sustainable alternatives that people want, stresses Campher. 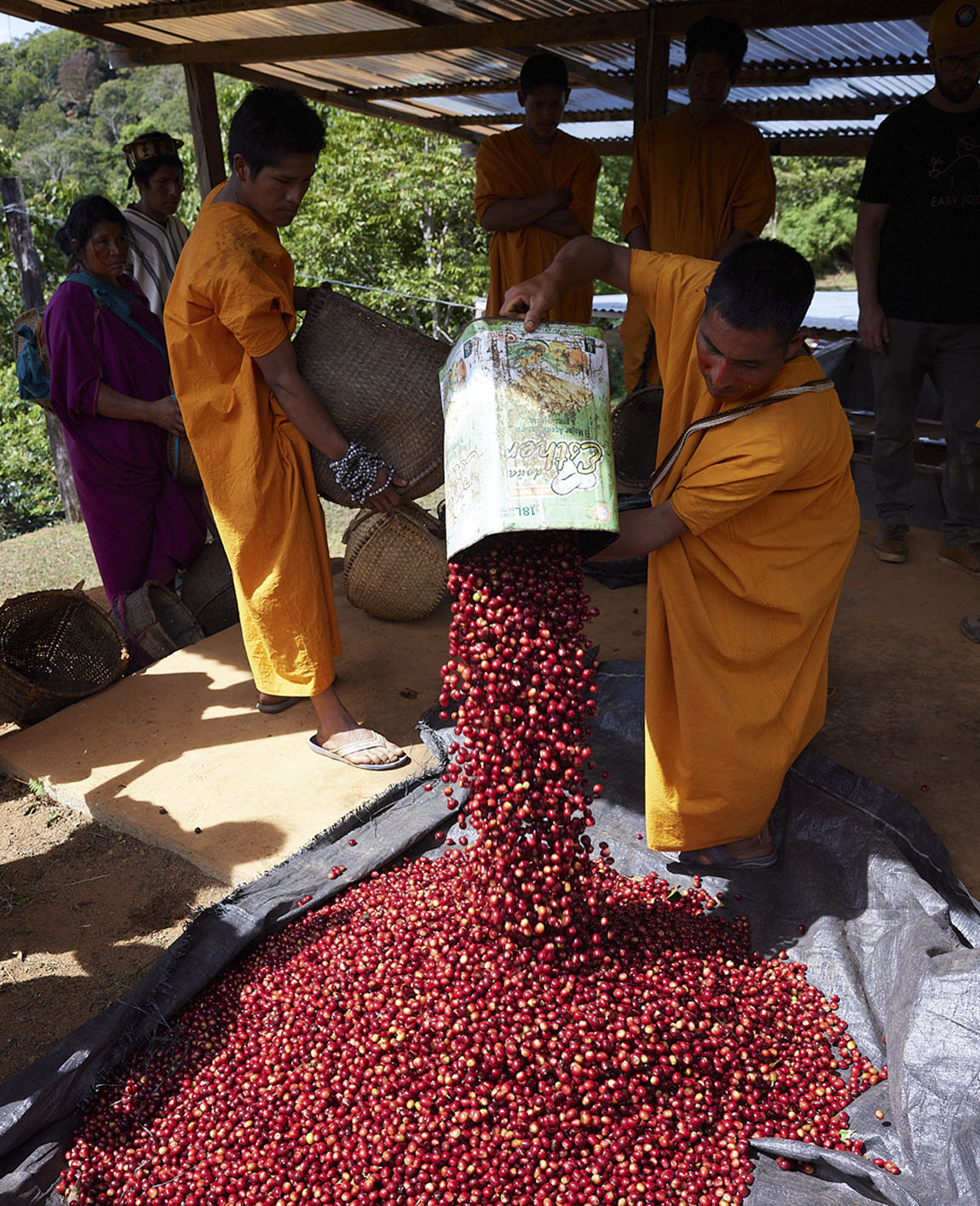 Furthermore, for the Mayni community and the five other indigenous communities who are now following their example to work with Easy Jose, the extra premium paid by the company for their coffee can provide them with a viable way of preserving a way of life that is otherwise struggling to survive. Noting that on his last visit to their community, the Mayni people had built a school and installed Wi-Fi with the money earned from their coffee production, he says: “They decided that health and education are the important things for them. They have lots of little ones, it’s around 45 families and probably 112 kids. […]  and it’s really lovely to see their focus on providing that for their children.” 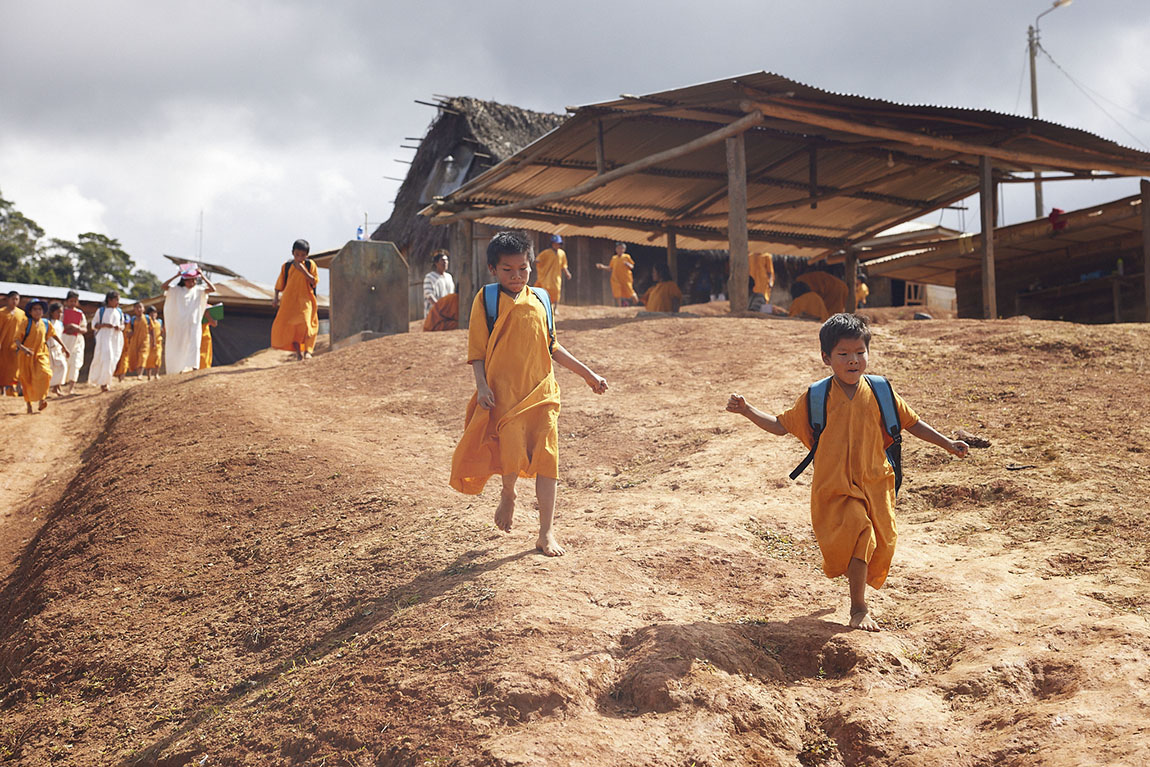 The sector could, however, use more support from governing bodies, stresses Campher, who would like to see the UK government implement legislation to prohibit the import of products that have caused rainforest destruction. “I would love to see us make an impact in that way. If you grow coffee or cocoa, there is no reason you cannot grow it in this way.” 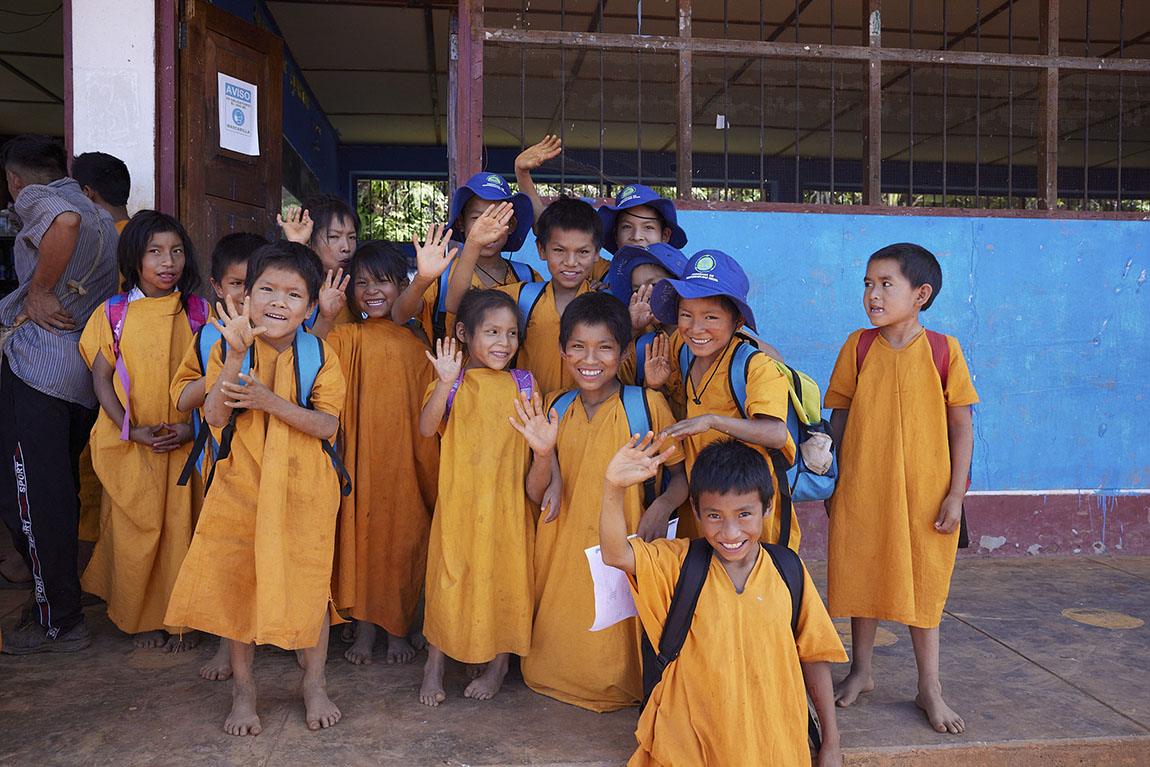 The Mayni community has used the proceeds from their organic coffee production to build a new school for the many children of the community.