The technologies that could get China to net zero by 2050

China has set a target of net zero emissions by 2060, a decade after scientists say we need to cut carbon to levels that avoid the worst effects of climate change. But experts believe China could reach net zero ahead of time if it scales up the right mix of technologies.

The 27th Conference of Parties (COP27) climate talks in Sharm el-Sheikh, Egypt, this year will focus attention on national pledges to cut carbon pollution. And one of the countries that will face the greatest scrutiny is China, which is responsible for 30 per cent of global emissions.

China has already pledged to cut its net emissions to zero by 2060, which is a decade after the point scientists say it is needed to avert the worst effects of climate change.

But experts say the country, which currently gets most of its energy from coal, could potentially cut almost all fossil fuels from its energy system by 2050, giving China room to increase its climate ambition at COP27 – and changing the outlook for global decarbonisation.

The key to speeding up China’s energy transition is simple, according to researchers from the Harvard-China Project, a collaboration between Harvard University, Tsinghua University and Huazhong University of Science and Technology.

“There are many uncertainties about pathways to mid-century carbon neutrality in China,” said Harvard University last year in a press release announcing a major study into the subject. “But one fundamental aspect is certain: they will require massive expansions of wind and solar power to displace coal- and gas-fired power.” 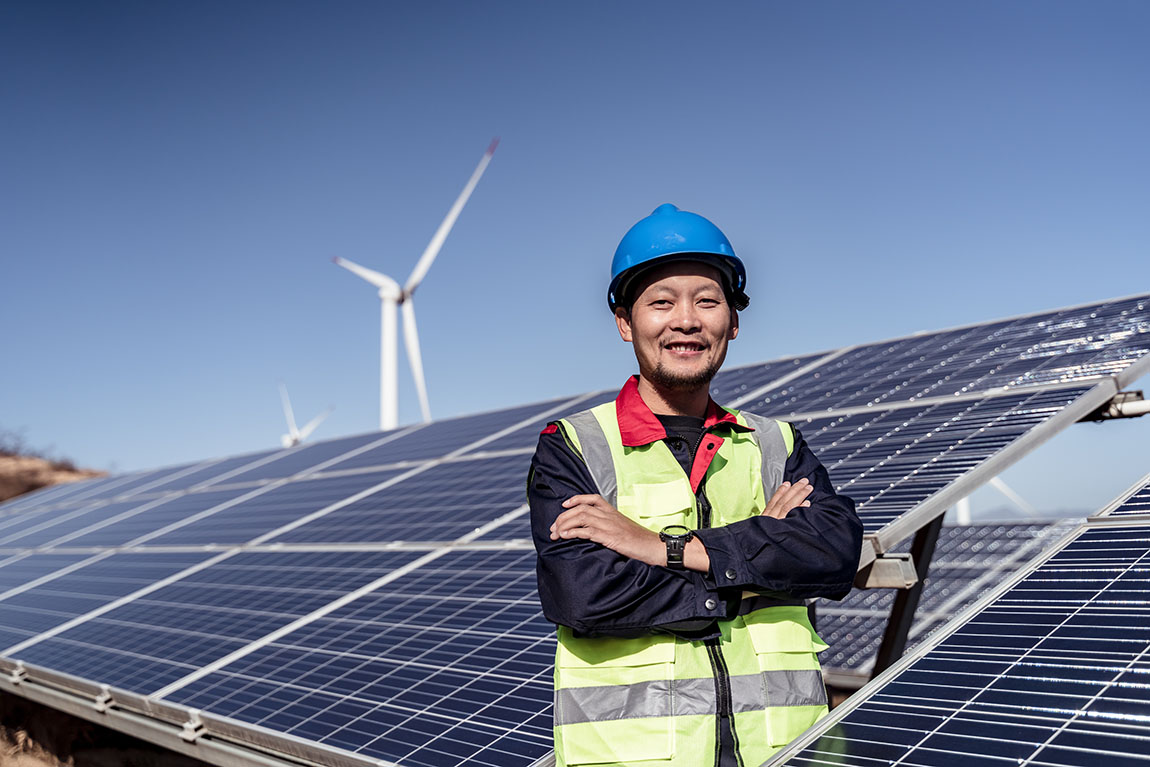 Scaling up is not a problem

The problem, said researchers, “is not the cost and feasibility of sufficient renewable generation, but rather the challenges it introduces into the grid because of its variability: the wind doesn’t always blow, and the sun doesn’t always shine.”

Using a high-resolution model to find the most cost-effective way for China’s power system to become carbon neutral by 2050, the experts found a pathway that was not only feasible, but need not necessarily cost more than relying on fossil fuels.

Step one is to scale up wind and solar power. This is the easy part: China has vast areas in which to build renewable energy plants and is also the world’s number-one producer of solar panels. In 2020, seven of the top ten wind turbine manufacturers were Chinese companies.

The problem is that increasing wind and solar power on its own will likely make China’s energy problems worse rather than better. Solar power is only available in daytime – and might not be available very much if it is cloudy – and wind energy is inherently unpredictable. This means China could find itself with masses of power available at some points in time and virtually none at others.

Some of this variability can be handled using grid technologies such as battery storage, but for an energy system as huge as China’s, it will be necessary to consider how electricity is used across sectors such as transport and heavy industry.

The modelling done by the Harvard-China Project shows that if China were to rely on conventional grid integration alone – that is, just by increasing the amount of renewable energy and storage on the electricity network – it would cost an extra $27 per tonne of carbon.

Given that China emitted roughly 10 billion tonnes of carbon dioxide in 2019, such a strategy would be hard to do on a financial basis. However, when the Harvard-China Project researchers built a model that included ultra-high-voltage transmission, national grid interconnection, green hydrogen and slow-charging electric vehicle fleets in the mix, things changed dramatically.

Instead of costing more, getting rid of a tonne of carbon dioxide would actually save $25 compared to carrying on with business as usual, the model showed. This comprehensive integration strategy would allow China to get rid of up to 80 per cent of its carbon emissions.

And the savings would allow the remaining 20 per cent to be dealt with using costly carbon capture and storage, “and still achieve a carbon-neutral power sector in 2050 at no net cost,” according to the Harvard-China Project.

This does not mean it is easy, however. Getting China to net zero by 2050 “is challenging,” says Michael McElroy, Gilbert Butler professor of environmental studies at Harvard University. “It requires a national plan and a serious attempt to mobilise electricity and distribute it nationally,” he says.

But “there would be a return on investment, because wind and solar are the primary sources, and once you pay the capital cost, the wind and sun are free.”

Another bonus that emerged from the modelling is that China might be able to produce green hydrogen, from the electrolysis of water using renewable energy, “at a cost that is competitive with industrial sources on a relatively short timescale,” McElroy says.

This hydrogen could power industrial processes and be used in turbines to create electricity for the grid at times of low solar and wind availability. Plus, it could be exported to Japan, which is keen to develop a hydrogen-based energy system.

Japan is looking to source hydrogen from markets as far afield as Australia. “Our paper makes the argument that China is right beside Japan and is the cheapest source [of green hydrogen] we can imagine,” says McElroy.

Another key ingredient in the technology mix would be offshore wind. China already has the world’s largest offshore wind market, with figures from the country’s National Energy Administration suggesting it installed more capacity in 2021 than the rest of the world has in the past half decade.

Offshore wind can continue to boom in China because the country is surrounded by shallow seas where it is easy to install turbines. The technology is a natural fit for the country’s energy needs because most of China’s population, cities and industrial hubs are near the coast, so the electricity produced by offshore wind does not have to travel far to get to major load centres.

McElroy says China’s government is likely to have taken note of the Harvard-China Project study and could be poised to adopt its recommendations, with one of the lead Chinese authors being well connected to the country’s administration. “This is a moving target,” says the professor.

“What they have said is that they are going to get to net zero by 2060 or earlier. I don’t think they are wedded to 2060. This is why we looked at a more challenging opportunity, like 2050.”

Enabling decarbonisation in China is important not just because of the proportion of global emissions that the nation is responsible for, but also because of the scale of manufacturing that goes on in the country. In effect, if China can get to net zero emissions, then it will cut the levels of embodied carbon in millions of products used around the world.

“China’s energy needs and uses are shifting fast as part of a global grand transition, which includes the rise of digital economy, a next industrial revolution and the emergence of ecological civilisation,” says World Energy Council secretary general Angela Wilkinson.

China already has more wind capacity than the United States and sees the technology as “a key part of its drive towards a decarbonised, self-sufficient future, where there will be no space for new coal,” Wilkinson adds.

“It appears open to multiple pathways for delivering more sustainable and climate-neutral energy services, recognising that the renewables revolution will need other clean, affordable and reliable energy friends to get to scale.” 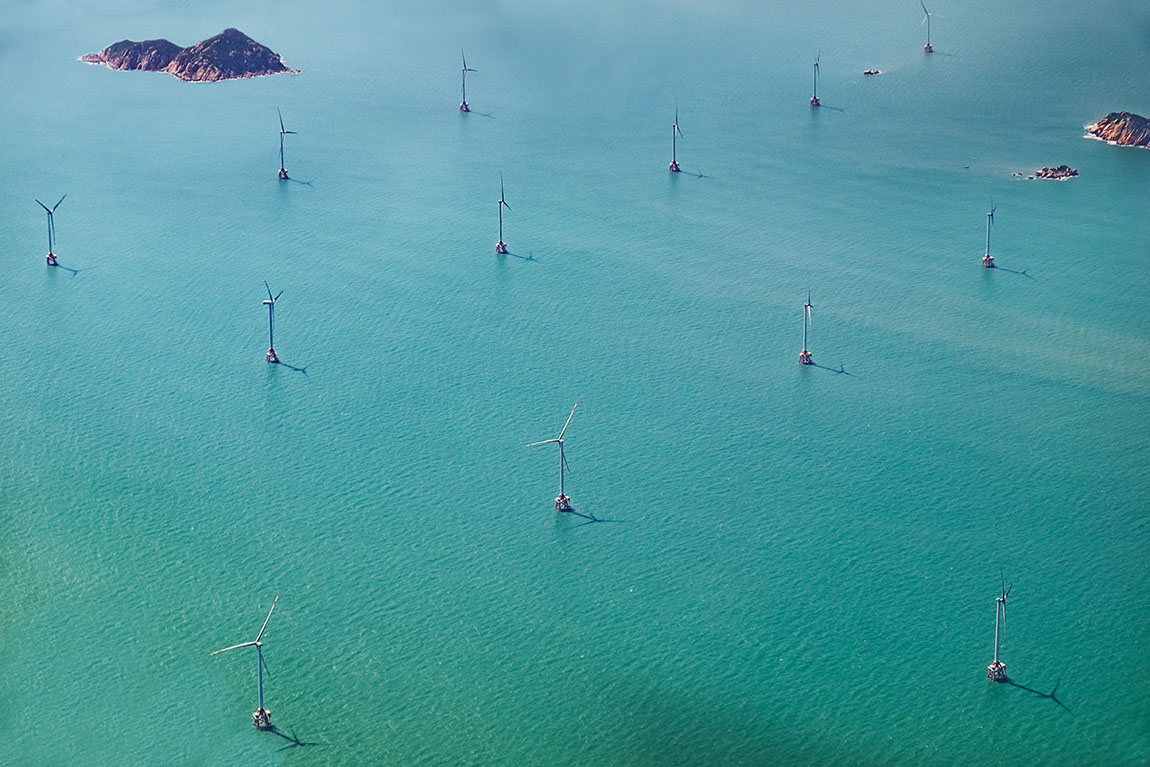 With its vast unused areas and shallow waters, scaling up solar and wind power in China is not a problem, say experts.