Thomas Brostrøm, EVP, Global Renewable Generation, Shell: We can only go as fast as society goes

As one of the world’s biggest fossil fuel companies, Shell is not exactly the first name that springs to mind when talking cleantech. However, according to the company’s vice-president for renewable generation, Shell is ready to become a leader in renewables. Discover CleanTech asked Brostrøm if this means Shell is now going full throttle on the energy transition.

Most people know Shell primarily as a fossil fuel company and, if environmentally minded, probably greatly laments the vast environmental impact caused by the oil and gas industry over the decades. Adding to this image, recently, the conglomerate has faced legal actions for its lack of ambitious climate policies; in May 2021, as a result of a lawsuit brought by Friends of the Earth, a court in the Hague ordered Royal Dutch Shell to cut its global carbon emissions by 45 per cent by the end of 2030, compared with 2019 levels. In the last year, the company has faced another legal action, but has also launched several ambitious carbon reduction targets and called for systemic government-led change. In what could be seen as another step in the right direction, in 2020, Shell poached Danish Thomas Brostrøm, who was then heading up Ørsted’s offshore wind adventures in the US, to head its renewable solutions. Today, Brostrøm is Shell’s executive vice-president for renewable generation, a role that, in his own words, covers onshore wind, onshore solar, offshore wind and batteries.

“…literally all countries with a coastline are looking at offshore wind, and that presents tremendous opportunities”. – Brostrøm

Keen to get into Brostrøm’s thoughts on his and Shell’s role in the green transformation, we ask him how ambitious his employer really is when it comes to the global clean energy space. “We are ambitious – we were the first oil and gas major to unveil a net-zero ambition with a 45 per cent decarbonisation target by 2030,” he replies. But he is also keen to underline what he sees as an important point; the limitations set by the general pace of change. “Right now, we are accelerating our investments into renewables and low-carbon businesses. . But we do try to push it. We try to push our customers to demand more green solutions, then we can also transition our company faster. Otherwise, it is very hard for us to do that. But we are phasing down our off-stream business while investing heavily in renewables and gas, because we believe gas to be a transition fuel to renewables for some time,” says Brostrøm, who is, however, also keen to stress that the energy giant is not just entering the renewables market now. “We have been at this for a few years now; we are accelerating, but it is not a new area for us,” he says, citing a series of wind power projects developed in the Netherlands by Shell, and he continues: “Right now, we have two very large projects in the US – our Mayflower project and Atlantic Shores project. Outside the US, Shell also has the world’s largest floating offshore wind-power project in South Korea, and we have taken some early-stage position in the floating offshore business in Asia,” 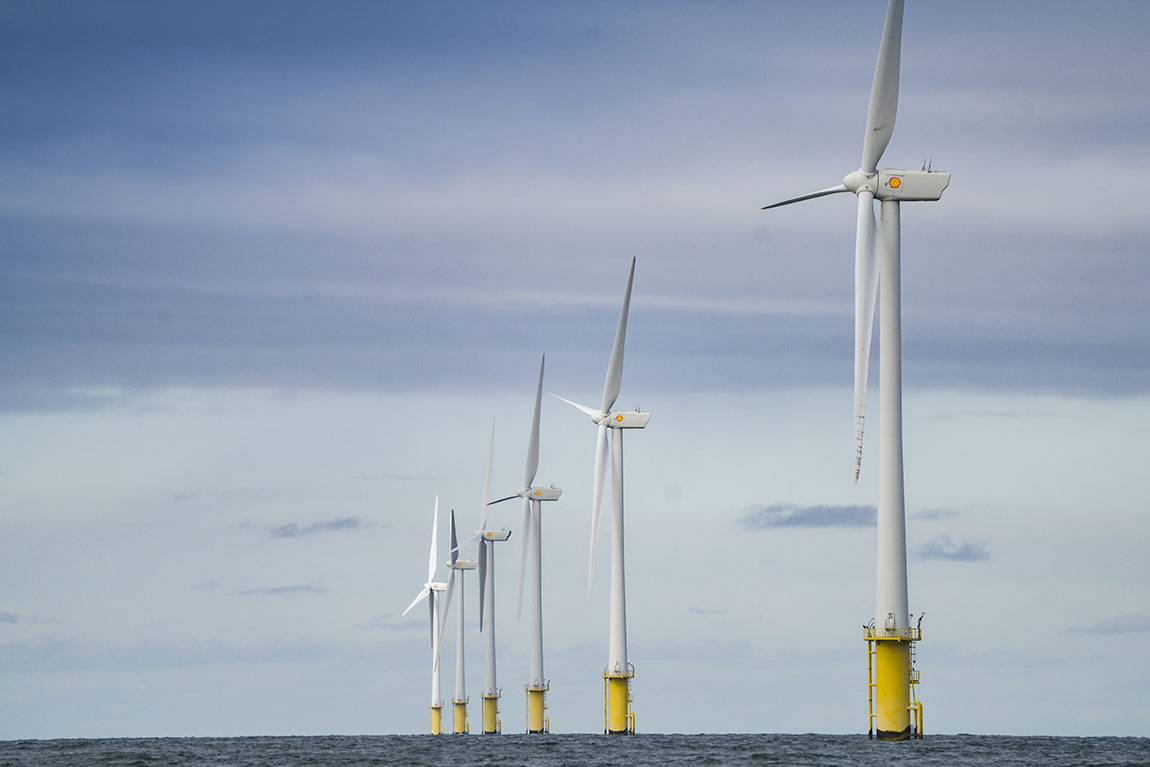 The fate of renewables in a time of instability

Recent years have not been short on global shocks: the global pandemic, the war in Ukraine and the energy crisis – all events that have made some countries row back on climate targets. So, what does the Shell renewable chief think of the effects of such storms on the renewables market, and how does he plan to weather them?

“It’s a dilemma – when you talk about energy, you often talk about a trilemma, it has to be sustainable, be affordable, but also reliable, this is what we are looking at right now,” says Brostrøm, and acknowledges that in the short- and mid-term, LNG and gas will be needed to bridge the transition to renewables. “At the same time, you see big global players such as the EU and the US doubling down on renewables, and you absolutely need that; it will just be some time before you see the renewables penetration taking place. But there’s no doubt about the direction of travel; it is just a question of how fast it will happen, but I do think that in 10-15 years we will see the benefits of countries who are now doubling down on renewables,” he stresses.

Looking at consumers, of course, energy providers are weathering an extremely tricky climate at the moment. Brostrøm, for his part, is not afraid to say he believes “we should be prepared to pay a higher price for energy if it is going towards a more sustainable world”.

Looking at the renewables market, there are a number of utility companies, like Brostrøm’s previous employer Ørsted, that have already established themselves as major key players. But Brostrøm does not believe the rapidly growing clean-energy space is anywhere close to being saturated. “The market has been maturing over the course of the last 10-15 years, so now I think you’re looking at 50 gigawatts (GW) give and take, and the plan is to take that to 300-400 GW by 2030, so it is a good time to enter the market, as everything is opening up all over the world,” he says, and continues with an example of how much the offshore wind market has changed in recent decades: “It used to be a tiny market around the North Sea, the UK, Germany, the Netherlands and Denmark. And now, indeed, wind is one of the sectors Brostrøm is most excited about, both when it comes to the technology and its effects. “Offshore wind is a huge catalyst for jobs – whether it is operating a wind farm, or in the supply chain of building wind turbines; that is a massive catalyst. It is important for governments to accelerate the green transition. – And it fits our business model well, as we can use our experience in the offshore oil and gas sector,” he says. “When I started, we were looking at three megawatts (MW) machines – now we are looking at 15-20+ MW, and the capacity we get from the turbines is so much bigger and has been driving down costs.” 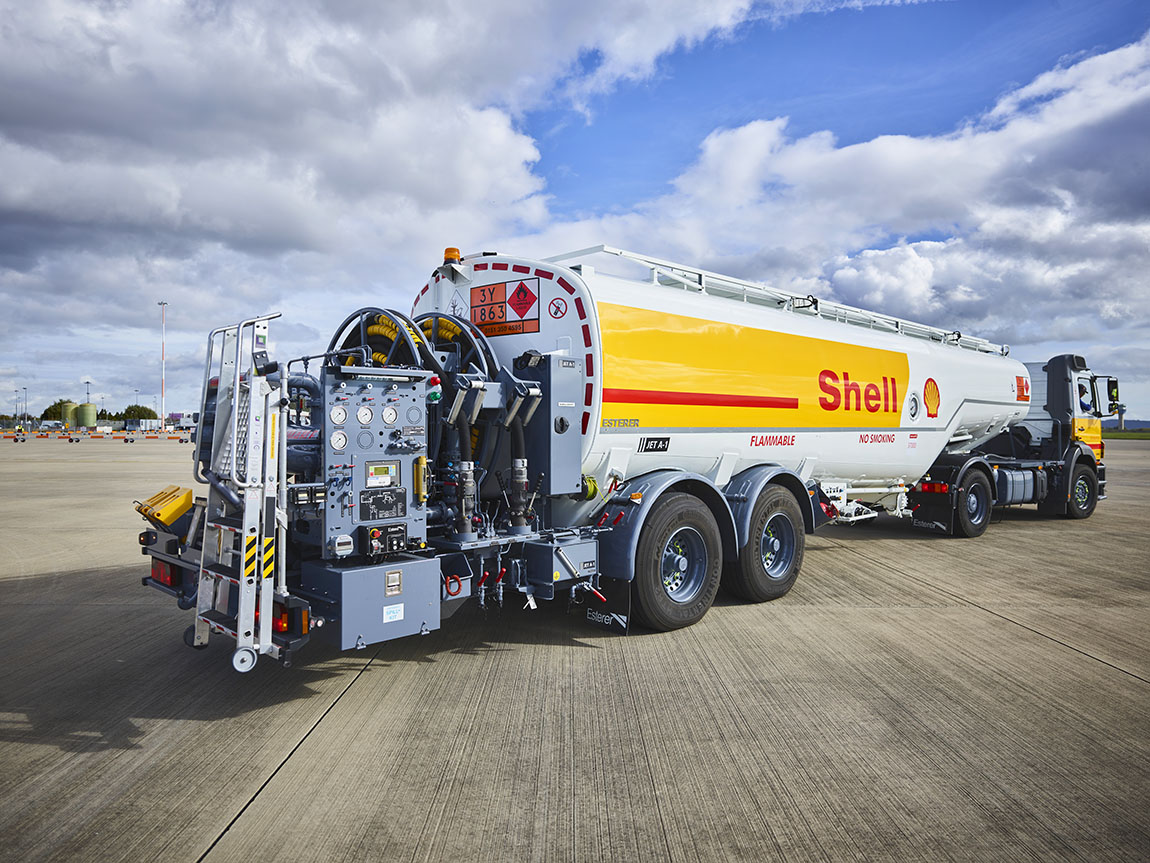 A leader in renewables?

As the conversation continues on to the huge potential entailed in Asia’s energy-hungry economies, Brostrøm remarks that population growth is one factor contributing to the huge and rapidly expanding markets for energy in both Asia and Africa: “Right now, there’s growth all over the world – it started in Europe, then North America and is right now expanding to literally everywhere,” he says. 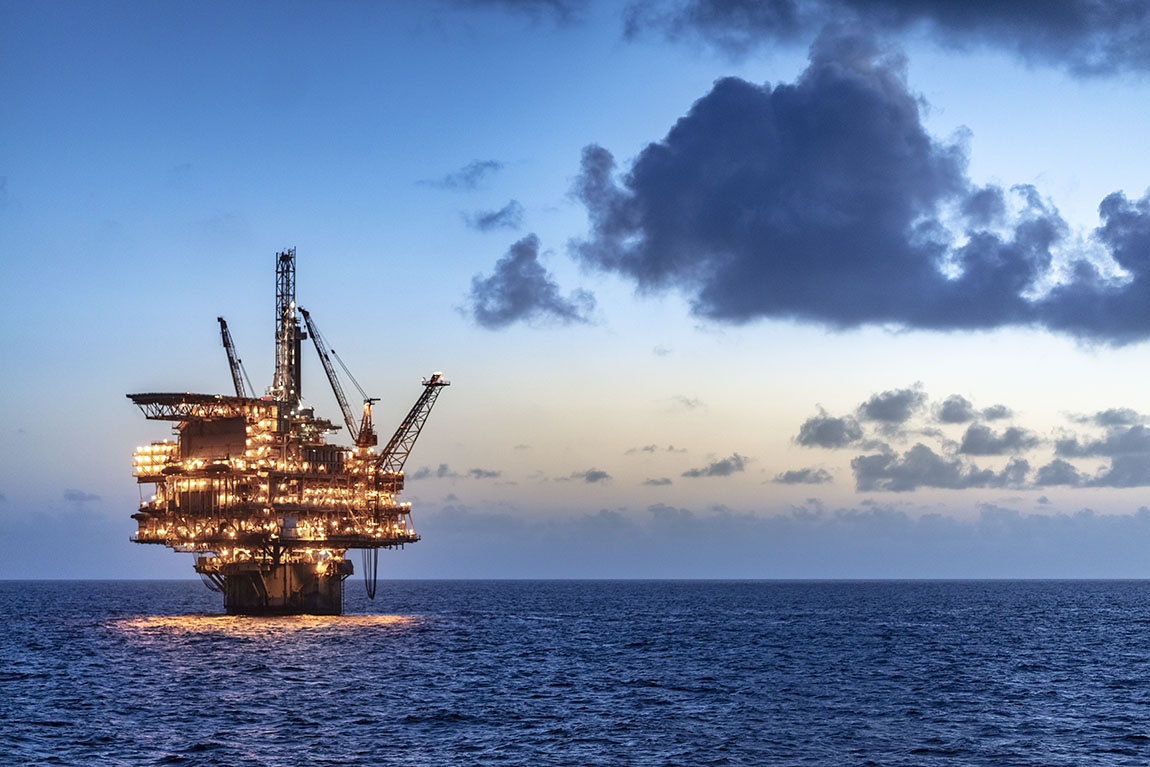 “But it is also worth noting that we can only go as fast as society goes – if we shut down our petrol stations tomorrow, it would be a problem for society.” – Brostrøm

Thus, Brostrøm confidently claims, Shell is, with its existing global presence, perfectly positioned to become a key leader in renewable energy. “We are a global company that has markets in most places in the world, and already having a presence somewhere makes it easier to come into a market.” Listing a recent example, he explains that Shell has been acquiring several African solar companies, and in the Indian market, the company has acquired Spring Energy one of the leading solar and wind energy companies there. “ 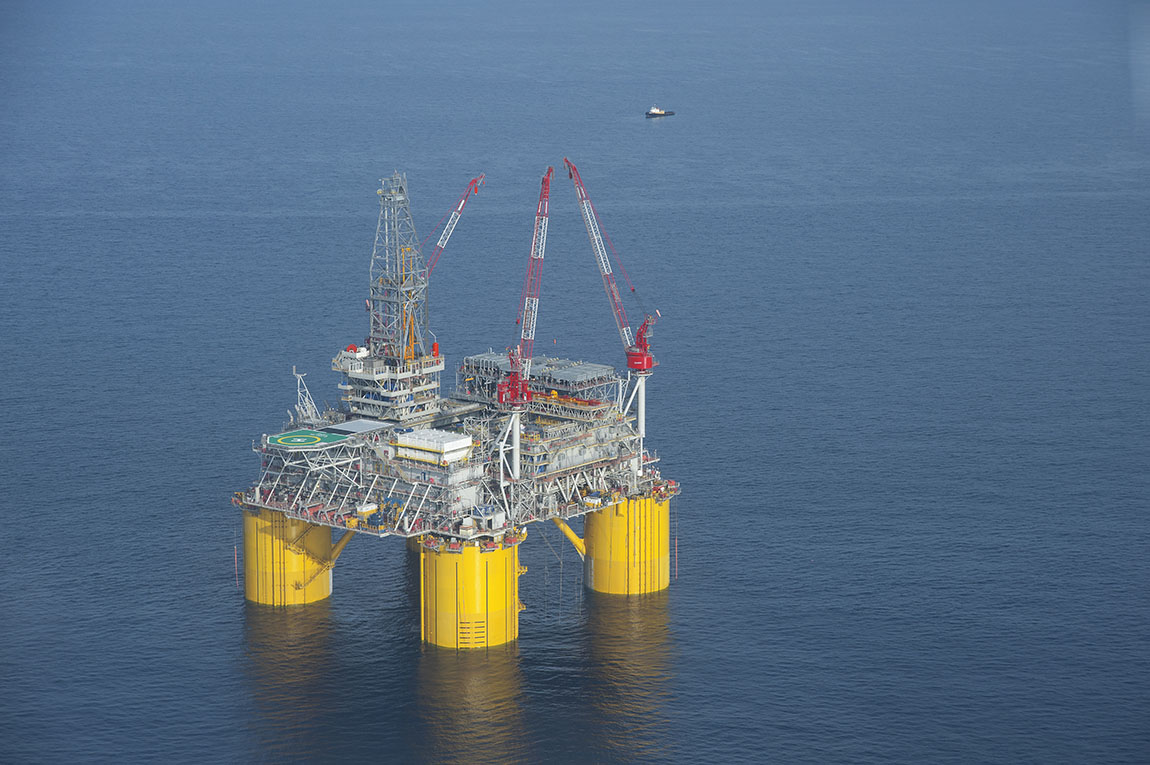 Did Shell arrive at the renewables party too late?

Of course, to most climate advocates the likes of Shell have not been nearly quick enough to invest in renewables and move away from fossil fuels. Not surprisingly, Shell’s renewables vice-president does not completely agree; more surprisingly, he also does not totally disagree.

“When you look at how competitive renewables is, where public perception is – it is clear where we are going and it is also clear where Shell is going.” – Brostrøm 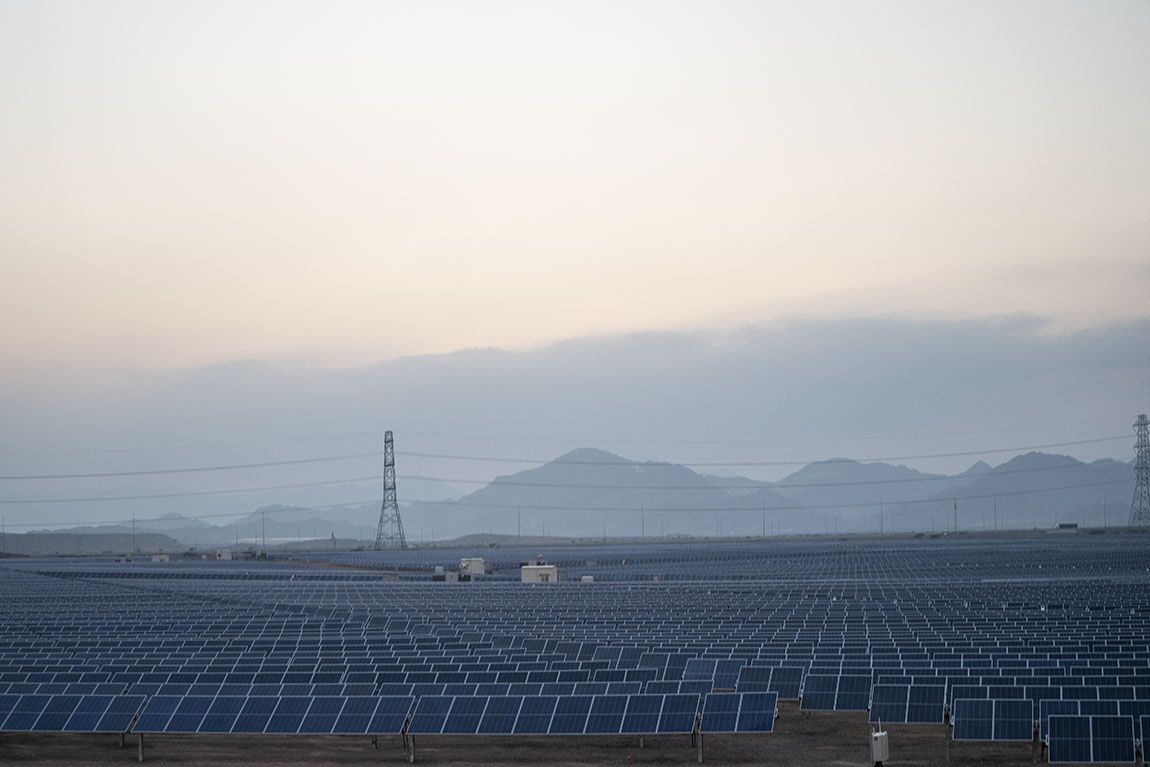